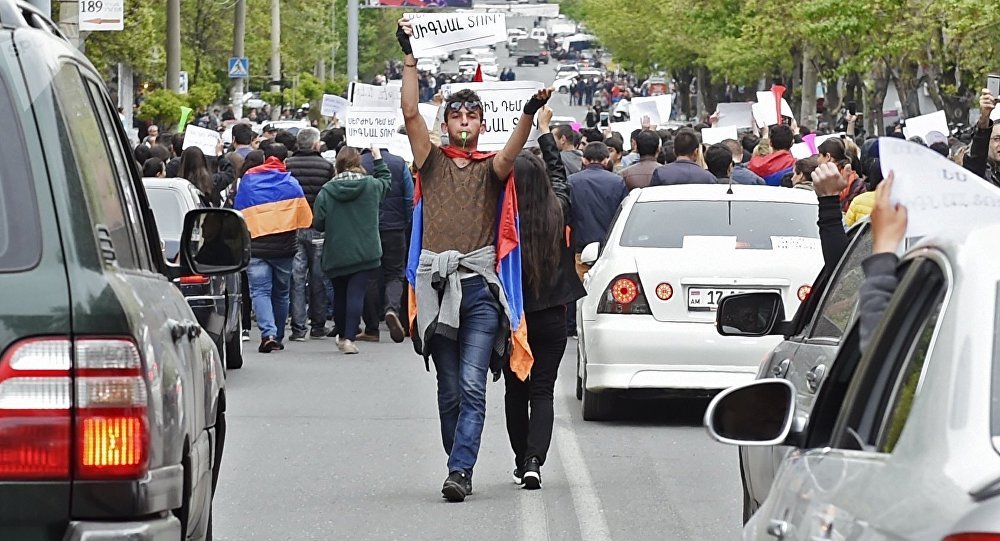 YEREVAN (Sputnik) - There have now been a total of 233 people detained in Yerevan during the ongoing protests against the appointment of ex-President Serzh Sargsyan as prime minister, Armenian police spokesman Edgar Dzhanoyan told Sputnik on Friday.

"As of now 233 people were delivered to police departments," Dzhanoyan said.

The protesters are detained upon their attempts to block the streets of the city, a Sputnik correspondent said. Among the arrested are drivers who try to jam the roads.

Protesters are gathering on #Yerevan's Republic Square in an 8th day of protests against the appointment #Armenia|n Prime Minister Serzh Sargsyan. #YerevanProtests pic.twitter.com/NMw5pRy5Kg

Earlier in the day, Armenian lawmaker Nikol Pashinyan, the leader of the opposition "Way Out" (Yelq) Alliance, announced the start of a blockade of roads, adding that the transport system collapse would show Sargsyan that he had no control over the situation in the country.

Since April 13, the Armenian capital has been hit by a series of protests against Sargsyan's candidacy for premiership. On Tuesday, the parliament elected Sargsyan as prime minister, while the protesters announced the beginning of a "velvet revolution" in the country.

A lot of young people in different demonstrations in Armenia. 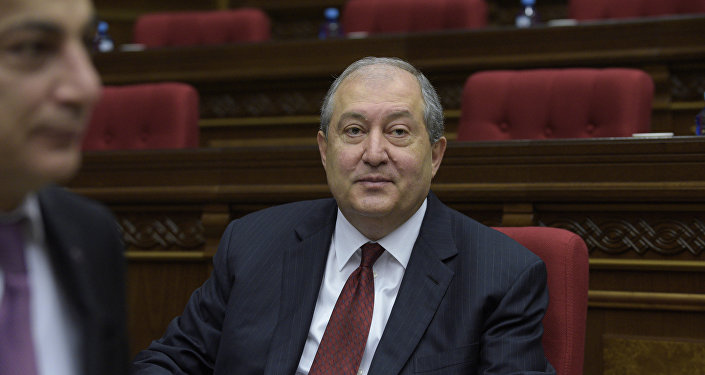 © AFP 2019 / KAREN MINASYAN
Armenia's Ruling Party Nominee Sarkissian Elected New President - Parliament ‘s Commission
On Thursday, the protesters sought to blockade one of the government buildings ahead of the first government meeting under Sargsyan’s chairmanship, but police pushed them away to enable the ministers to enter the building.

Sargsyan, who served as the Armenian president from 2008 until recently, had to step down due to presidential term limits. Armen Sarkisian was inaugurated as the new president on April 9 and became the first Armenian head of state who was elected by the parliament since the country switched from a presidential to a parliamentary system of government. Sargsyan's nomination for prime minister is largely regarded as an attempt to stay in power, since the newly amended constitution transferred some of the presidential powers to the head of the government.