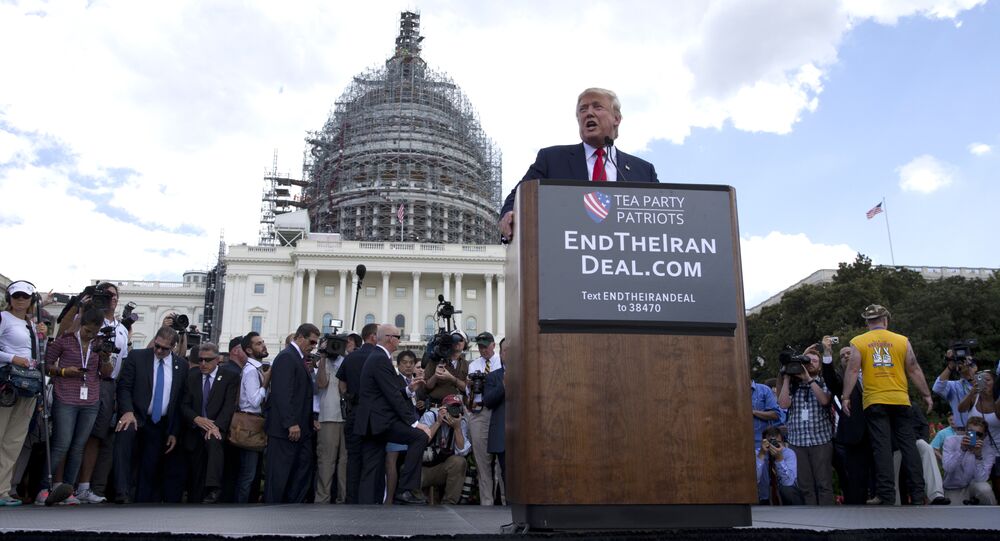 In a letter to the US Congress, European lawmakers specifically focused on the implementation of the Joint Comprehensive Plan of Action (JCPOA) on Iran, which they said helped significantly reduce the risk of a new arms race.

About 500 British, French and German MPs have warned against scrapping the Iran nuclear deal, citing "the US's and Europe's interest to prevent nuclear proliferation in a volatile region."

Washington's possible withdrawal from the Joint Comprehensive Plan of Action (JCPOA) is fraught with "lasting damage to our credibility as international partners in negotiation, and more generally, to diplomacy as a tool to achieve peace and ensure security," the European lawmakers said in a letter to their US counterparts.

According to the letter, clinching the JCPOA helped the global community "to impose unprecedented scrutiny on the Iranian nuclear program, dismantle most of their nuclear enrichment facilities, and drastically diminish the danger of a nuclear arms race."

In this vein, abrogating the agreement would damage the  mechanism of control on the Iranian nuclear program and may add to new tensions in the Middle East.

The letter comes a day after Iranian Foreign Minister Javad Zarif said that "Iran has many options if the United States leaves the nuclear deal."

He pledged that "the response from Iran, and in fact from the international community, to the US move would be very unpleasant for Americans."

Earlier, Department of State spokesperson Heather Nauert said during a press briefing that US officials may announce a decision on the JCPOA before the May 12 deadline set by President Donald Trump.

In January, Trump announced that he would extend sanctions relief for Iran, given that the country was in compliance with the nuclear deal.  At the same time, he said that it would be the last time he signed the sanctions waiver unless the European allies agree to a supplemental deal to fix what Trump described as fundamental problems with the JCPOA.

READ MORE: US Quitting JCPOA Could Hurt Its Reputation Rather Than Iran Deal — Analysts

© AP Photo / Kevin Lamarque/Pool Photo
New US Sanctions 'Poison' Iran Nuclear Deal Spirit While Dodging JCPOA - Russian Diplomat
In a separate development that month, Russian Deputy Foreign Minister Sergei Ryabkov underlined that Moscow, as well as the European Union, remains committed to the Iran nuclear deal, despite the recent US waiver of sanctions against Tehran, and that Russia would oppose any attempts to undermine the existing nuclear agreement between the Islamic Republic and the P5+1 group.

The JCPOA was signed by the European Union, Iran, and the P5+1 group of nations, including Russia, the United States, China, France and the United Kingdom plus Germany, on July 14, 2015.

The agreement stipulates a gradual lifting of sanctions imposed on Iran in exchange for the country maintaining the peaceful nature of its nuclear program.