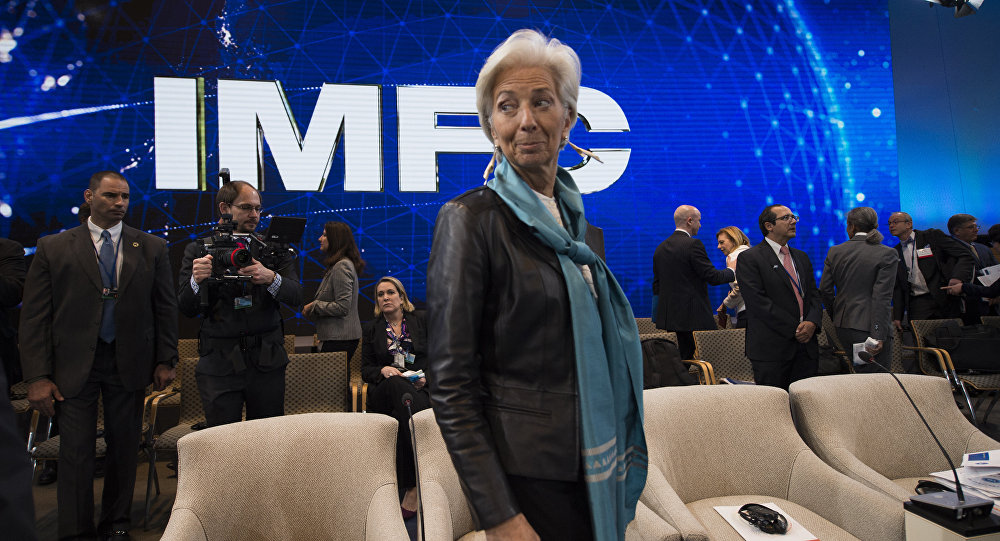 "It will not be something that affects two countries. The world is too interconnected, so it will affect the global economy," Lagarde said at a news conference when asked about a potential trade war between the United States and China.

Lagarde urged both sides to resolve their disputes through negotiations.

"At the IMF, we try to establish dialogue when people can talk to each other," she said.

The IMF chief said the US-China trade issue would be discussed at the IMF and World bank Spring meetings in Washington, DC this week.

"Finance ministers [from around the world] are gathering together. They will discuss this issue'" she said.

© AP Photo / Ted S. Warren
Experts: China to Focus on Domestic Reform, Diplomacy Amid US Trade Crackdown
Trade relations between China and the United States have deteriorated in recent weeks. In March, US President Donald Trump signed an order to impose a 25-percent tariff on imported steel and a 10-percent tariff on imported aluminium, after which he issued a memorandum introducing $60 billion in extra tariffs on China over allegations of intellectual property theft.

In response, China introduced its own tariffs on goods produced in the United States. Both countries have said that they could implement further mutual restrictions. In early April, Trump suggested introducing an additional $100 billion in tariff against China in response to Beijing's "unfair retaliation."