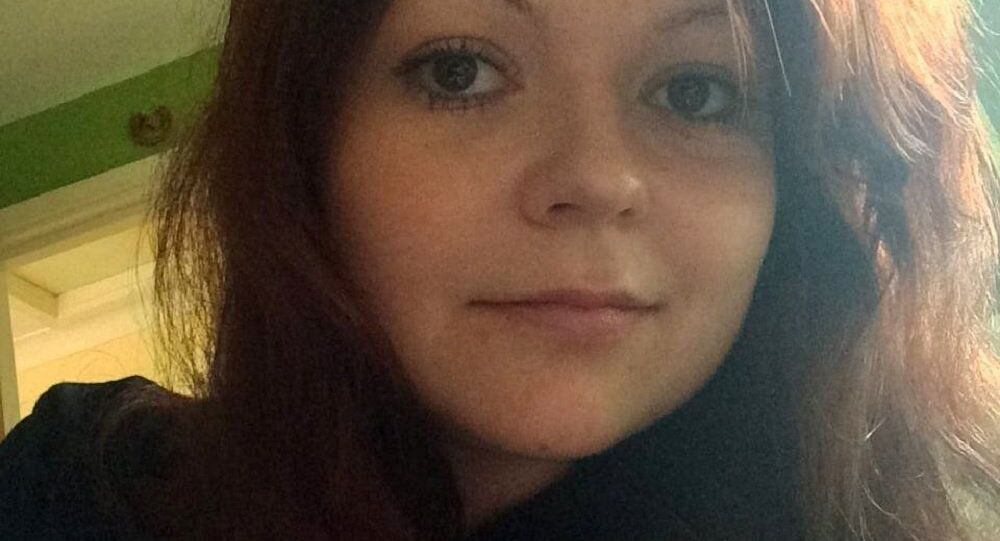 No Passenger of Yulia Skripal's Flight Had Traces of Intoxication - Moscow

Shortly after regaining consciousness and the ability to talk, the daughter of the former Russian spy Sergei Skripal, Yulia, was released from the Salisbury hospital and transferred to an unknown facility, which is allegedly guarded by UK security officers.

The Russian Investigative Committee has stated that it had been recorded that none of the passengers of the flight carrying Yulia Skripal had traces of intoxication from chemical substances. Russian investigators managed to trace Yulia's route from her house to the airport and even determined the taxi driver who took her there. None of the people she was in contact with on her way to Sheremetevo Airport demonstrated signs of chemical intoxication of any kind.

"None of the passengers of that flight showed signs of intoxication with chemical substances," the Russian Investigative Committee statement said.

The committee has also requested the UK to present copies of the Skripal poisoning investigation materials, but has received no response so far. At the same time, the Russian side has expressed willingness to share any materials on the Skripal case. The investigative committee has also requested to be allowed to question Yulia regarding the case of her and her father's poisoning.

Relations between the UK and Russia have been spiraling down after the Salisbury incident in which former Russian intelligence officer Sergei Skripal and his daughter Yulia were seriously poisoned and were found in critical condition. The UK has declared that the substance used in the attack is similar to the Novichok-class nerve agents developed in the Soviet Union.

UK Prime Minister Theresa May has accused Russia of organizing the attack, although the official investigation of the incident has not been concluded, and expelled 23 Russian diplomats as a punitive measure. A number of countries have supported the UK claims and also expelled more than 150 Russian diplomats.

The Russian side has denied all the accusations and suggested performing a joint investigation, as well as demanded consular access to its citizens. However, the request and suggestion were ignored. Moscow has also expelled diplomats of those countries that joined the British punitive measure and ordered the British Council to halt its activities in Russia in response to London's move.

Yulia and Sergei Skripal regained consciousness in April. The Russian embassy in the UK has sent multiple requests for consular access to Yulia, but the UK side claims she declined all requests. The Russian embassy remains skeptical about the UK's response and suggests Yulia could have been manipulated or threatened.

Later, information surfaced that Yulia had left the Salisbury hospital, where she underwent treatment, but no solid information as to her new location has been given. Several rumors have surfaced in Western media about her possible current location, with some of them suggesting she is being held at a military base in the UK.