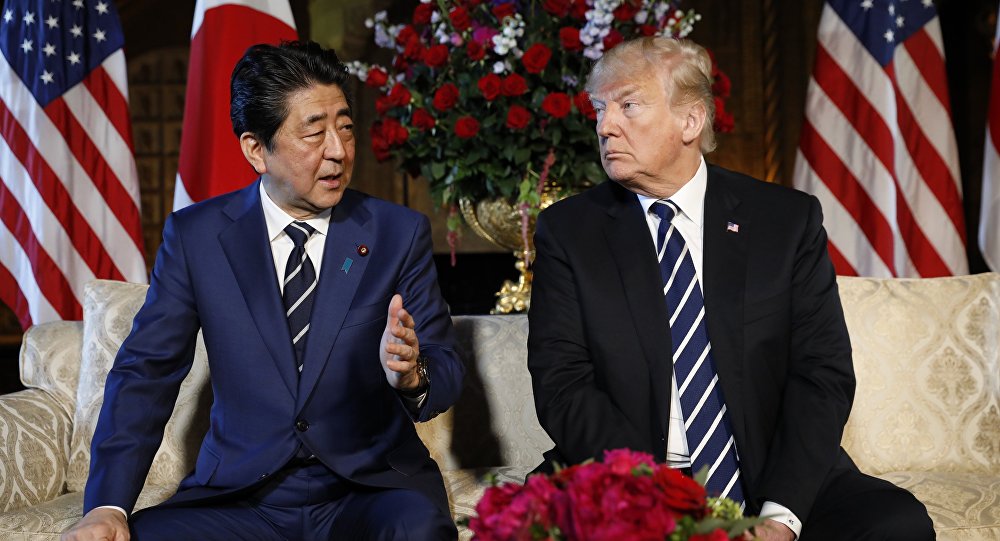 WASHINGTON (Sputnik) - The approach of Japan and the United States to the settlement of the North Korean nuclear crisis has proven to be successful, Japanese Prime Minister Shinzo Abe said following his talks with US President Donald Trump.

"Japan and the United States have demonstrated leadership in the implementation of the maximum pressure campaign on North Korea which has successfully urged the North Korean side to start seeking a dialogue with us. It is fair to say that our approach has proven to be successful and right," Abe said late on Tuesday.

Abe is currently in Florida, where he met with Trump to discuss preparations for the upcoming summit between the US president and North Korean chief Kim Jong-un, as well as issues of mutual interest.

The meeting between South Korean President Moon Jae-in and Kim is scheduled for April 27, and it will be followed by Trump’s meeting with Kim, slated to take place at the end of May.