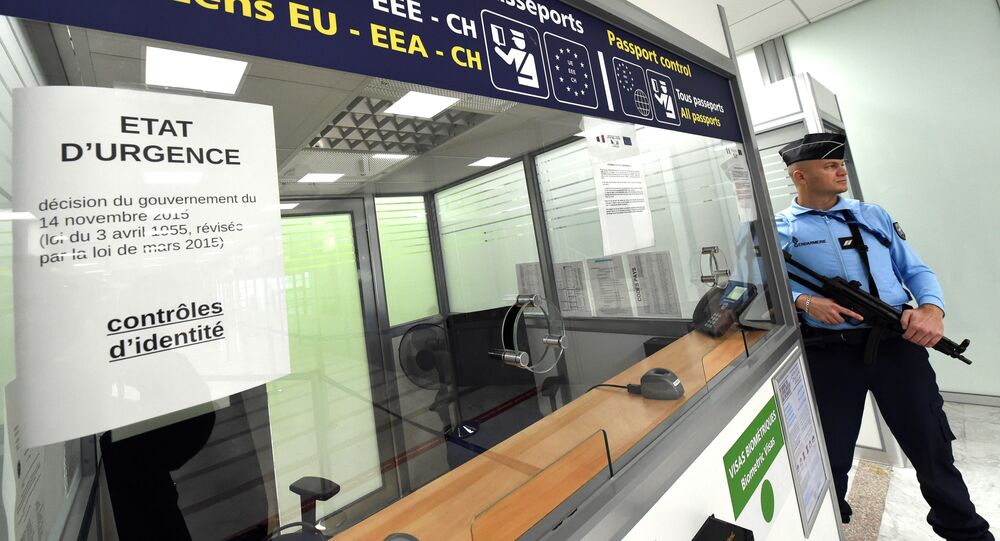 A Frenchman living in Rio de Janeiro, Brazil, is renouncing his French citizenship to protest the strikes conducted on Syria last week by three Western countries, including France.

The missile attack on Syria, launched by the US and allies the UK and France on April 14, has triggered protest that took many different forms, from crowds of Iraqis burning US flags on Tahrir (Liberation) Square in Baghdad to former Pink Floyd musician Roger Waters condemning the attack and "fake" White Helmets at a concert in Barcelona.

© REUTERS / SYRIA TV
Total of 37% of Britons Oppose UK Joining Attack on Syria, 35% Back Op - Poll
In another unique protest, David Uzal, a Frenchman who has been living in Brazil for about 20 years, decided to renounce his French citizenship after learning that his home country participated in the attack.

Uzal, who holds a doctorate in philosophy, is an artist, interpreter and vigorous critic of French President Emmanuel Macron.

"I have contacted a consular department [of the French Embassy] in Rio de Janeiro, where they politely informed me of three ways to renounce French citizenship. Tomorrow I'm going to a Federal Police department at Galeão [International Airport in Rio] to find out what procedures I am required to go through to receive Brazilian citizenship," he told Sputnik Brazil in an interview.

© Sputnik / Alexey Agarishev
Professor on Western Missile Attack on Syria: 'US Trying to Alter Int'l Law'
According to Uzal, France is too obedient in complying with the US' political orders.

"I was sitting at home and I felt such resentment over the fact that my country launched missiles on another country for no apparent reason, blindly following the policy of the US. This is not France. Why be a part of country that does not have foreign policy anymore?" he questioned.

Uzal also said he would be glad to get Russian citizenship, for he believes Russia plays a key role in settling conflicts in the Middle East.

"If Russia offers me citizenship, I will not hesitate, not a second. That would be great and I would openly declare it because I see Russia as the only force that counters the US' ideological insanity."

Uzal told Sputnik he has already written a letter to Russian President Vladimir Putin in which he expressed his high appreciation for Putin's position on the Saturday attack on Syria and asked the head of state to accept his application for Russian citizenship.