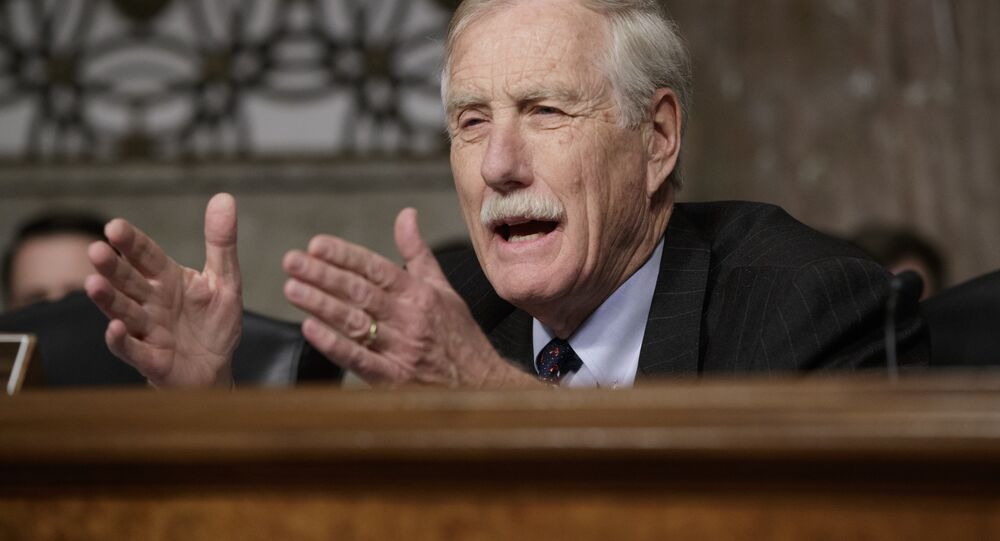 "It is concerning [Trump's move], because Nikki Haley was not a low-level State Department official talking to a group of people," King told CNN. "She said it [sanctions] will be either tomorrow or the next day. It sounded like it was the administration's decision."

King said Trump could still decide to unveil new sanctions on Russia on Tuesday. He said the delay was surprising and "underlines the problem of consistency and predictability" at the White House.

Congressman Eliot Engel late Monday also criticized Trump’s decision not to impose sanctions on Russia, saying lawmakers should not wait for the administration to act.

Engel and other US members of Congress have accused Russia of interfering in the 2016 election, but Russia denies meddling in the vote and has called the accusations absurd.

On Sunday, Haley said US Treasury Secretary Steven Mnuchin would announce new sanctions on Monday, but media reports later said Trump decided not to give his final authorization for the measures.