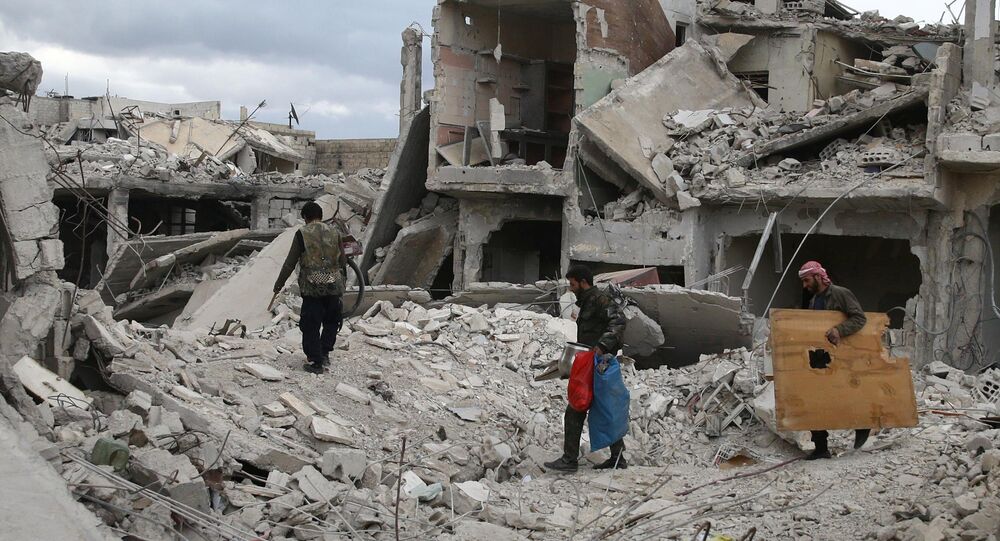 Syrian opposition media and activists have circulated reports about the alleged attack in the suburban city of Douma, along with videos allegedly showing deceased victims. Western states have used those videos as proof of Damascus' involvement in the alleged chemical attack in order to launch strikes against Syria.

The commander of Russian Radiological Protection Troops Igor Kirillov said on Monday that footage of the alleged chemical attack in Douma was deliberately staged and that the so-called evidence was “fake.”

"The footage made in Eastern Ghouta has the signs of staged filmmaking. The investigation has shown that the bodies of the same children have been moved to different apartments for different footage and have been 'shuffled even within one medical facility,'" Igor Kirilov said at a press conference.

The military official added that the scripts of the incident resembled the footage made in Khan Sheikhoun.

"We have succeeded to meet the people filmed in this clips, who work in this medical facility. They found themselves on that footage and were very surprised,"

According to Kirilov, one of the filmed children, who has been reportedly targeted by alleged chemical weapons, is a child of one of the officials working in the medical facility and has not even left the building.

He went on to say that the information about the alleged use of chemical weapons in Syria usually emerges amid reports of the Syrian army’s successes, adding that it was Saturday night when a large number of militants with members of their families were evacuated from Douma.

© Sputnik
Syrian Army Discovers Ex-Militant Base and Weapons Cache Under Hospital in Douma
Also on Monday, Alexander Shulgin, the Russian Envoy to the OPCW said that Russian experts who carried out the verification of reports on the use of chemical weapons in Douma had found no witnesses or poisoned persons in the hospital, as well as remains of chemical weapons at the alleged attack site. However, they did find participants in the video’s filming.

Western states have used the footage of the alleged attack as the main evidence of the Syrian government's involvement in the incident. The United States, United Kingdom and France launched missile strikes on a number of targets in Syria at 4 a.m. local time on Saturday in retaliation for the so-purported the chemical use.