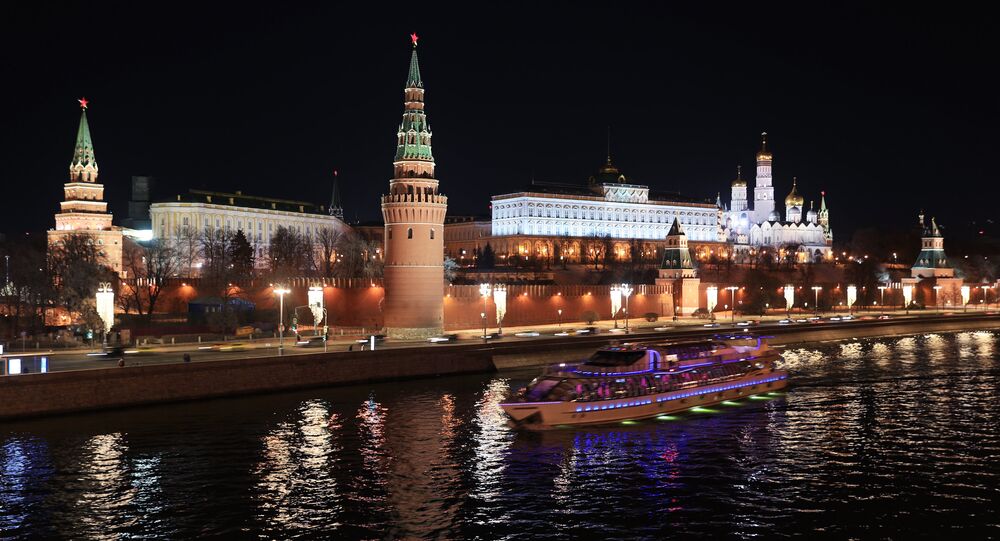 Following a massive US strike on Syrian targets on April 17, US Ambassador to the UN Nikki Haley said that the US was preparing new sanctions against Russia over Moscow's support of the Syrian government, adding that the measures would be announced on Monday.

"I think that the schedule for reviewing this important bill will be set up so that we would not delay it [adoption] – the situation simply dictates the need for energetic efforts. We cannot specify now what will happen and when. But from a political point of view, as the Foreign Ministry, we see the need for this to be carried out quite dynamically,” Ryabkov said.

The deputy minister added that Russia was discussing with its G20 and BRICS partners the issue of functioning of world markets amid “rampant expansion of US sanctions in all directions.”

"Of course, the issue related to the US abuse of status [of] dollar as the world's major reserve currency is discussed. But I do not think that it would be right to go into details now, because such details could be used against us amid the undisguised economic aggression against Russia. That is why I confirm what I have said earlier — yes, we are doing this," Ryabkov said, when asked whether Moscow was discussing with its BRICS and G-20 partners the issue of reducing dependence on dollar.

Last week, the heads of the factions in the Russian State Duma, parliament's lower house, together with speaker Vyacheslav Volodin introduced a draft law on the potential response to US sanctions and anti-Russian policies.

© AFP 2021 / PAUL J. RICHARDS
US Government Told to Stamp Out Syria, North Korea Sanctions-Busting Scheme - Senators
The document stipulates a ban on imports of US agricultural, alcoholic, tobacco products and medical drugs. It also implies the suspension of cooperation between Russia and the United States in nuclear energy, aircraft manufacturing and supplies of rocket engines.

The announcement of the new measures against Russia came after earlier in the month, the US Treasury Department added another 38 Russian entrepreneurs, senior officials and companies to its sanctions list in response to Russia's alleged "malign activity" worldwide. Russian entrepreneurs designated by the Treasury Department include Viktor Vekselberg, Oleg Deripaska, Alexey Miller, Suleyman Kerimov, Kirill Shamalov and Andrey Kostin.