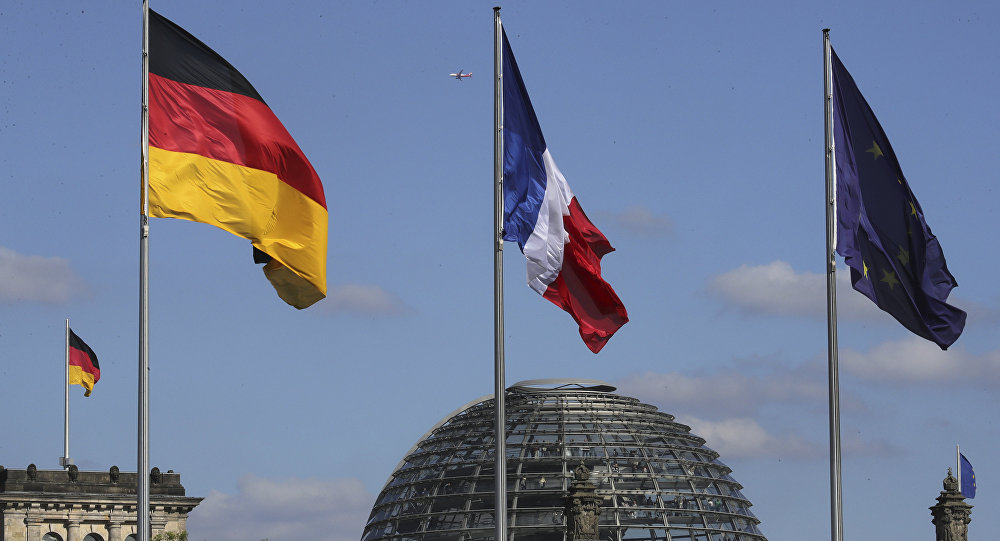 BERLIN (Sputnik) - Germany and France will introduce the new format of talks on Syria, which would include influential states to ensure the political settlement of the conflict in the Middle Eastern country, German Foreign Minister Heiko Maas said on Saturday.

"We will engage together with France in the creation of the international format [of talks] of influential states which would infuse the political process with new power," Maas told reporters in Berlin.

"The talks in Geneva, Astana, and Sochi failed to bring closer the political settlement of the conflict," the foreign minister noted.

Maas noted that work on specific initiatives on the Syrian crisis settlement would become one of the key topics at the upcoming EU Foreign Affairs Council, set to take place on Monday.

"Tomorrow in London, the talks between France, the United Kingdom, the United States and [Germany] will take place during which we will coordinate further actions," Maas told reporters in Berlin.

"We will use our bilateral contacts and communication channels with Moscow to bring Russia to the constructive position. The political process will not be launched without Russia, whether we like it or not," Maas pointed out.

© AP Photo / Hassan Ammar
71 Out of 103 Destroyed: Here's How Syria's Air Defenses Repelled West's Missiles
Earlier in the day, the United States, the United Kingdom and France launched strikes on a number of targets in Syria in response to the alleged chemical attack in the Damascus' suburb of Douma. According to the Russian Defense Ministry, the three countries fired over 100 cruise as well as air-to-surface missiles.

Reports about the alleged attack in the town of Douma, located in the Damascus suburb of Eastern Ghouta, emerged on April 7, in Syrian opposition media.