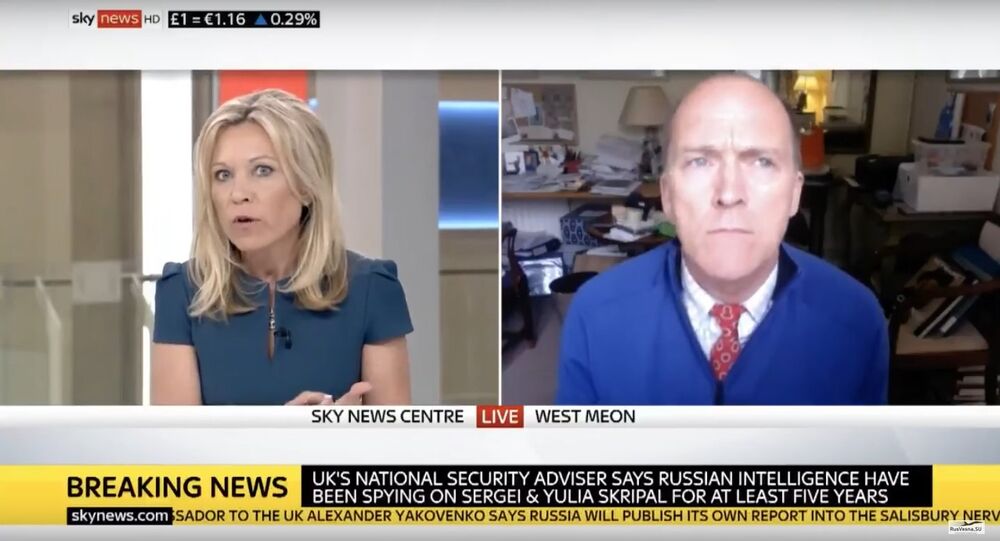 Speaking to Sky News, Jonathan Shaw, a former assistant chief of the British Armed Forces, has specifically pointed to the fact that President Bashar Assad's forces are winning the war in Syria.

Former British general and military expert Jonathan Shaw was abruptly cut off by a Sky News host after he cast doubt on the veracity of an alleged chemical weapons attack in the Syrian city of Douma.

When asked whether the British parliament should approve any possible UK intervention in Syria, Shaw said that he wonders "what possible motive could have triggered Syria to launch this chemical attack at this time in this place."

"You know, the Syrians are winning! And don't take my word for it – take the American military's word for it! General Votel – the head of CENTCOM – said to Congress the other day that 'Assad has won this war and we need to face that.' And then you got last week the statement by Trump that America had finished with ISIL [Daesh*] and that we were going to pull out soon," Shaw pointed out.

He went on by saying "and then suddenly you get…" only to be quickly interrupted by presenter Samantha Washington who apologized for having "to leave it there."

On Friday, Russian Defense Ministry spokesman Igor Konashenkov told a press briefing that the United States and Western countries continue their "indiscriminate and unfounded accusations" against the legitimate Syrian government over the alleged use of chemical weapons against civilians in the Syrian city of Douma on April 7.

However, almost a week on, the United States and some European countries have failed to provide any evidence, he said.

© Sputnik / Anton Denisov
Moscow Wants Independent Experts to Reaffirm Claims on Chemical Weapons Use in Douma
Konashenkov slammed the alleged chemical weapons attack in Douma as a planned provocation organized by some Syrian opposition NGOs, including the White Helmets, and aimed at prodding the US to stage a missile strike on Syria.

The strike was launched in the early hours of Saturday when at least 110 missiles were launched by US warships at Syria's civilian and military targets, with support from UK and French fighter jets.

Most missiles were intercepted by Syrian air defense systems, according to the country's General Staff. Russian President Vladimir Putin called the Saturday strike on Syria an 'act of aggression' against a sovereign state.