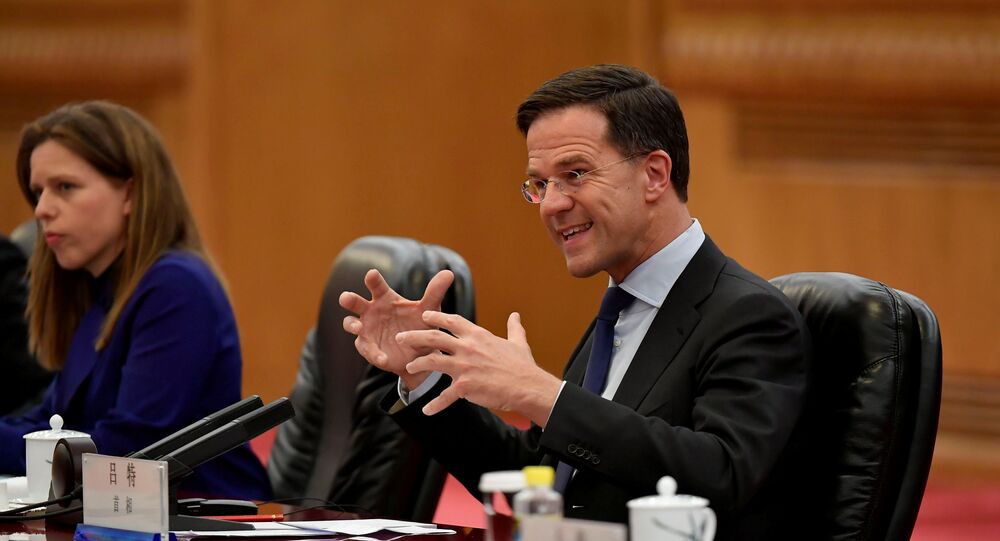 Dutch PM: We Are 'Not Considering' Taking Part in Strikes on Syria

US President Donald Trump made headlines earlier this week when he tweeted that he would launch a missile attack on Syria in response to the alleged chemical weapons attack in Douma; many other NATO countries, however, have demonstrated a reluctance to join the US on the warpath.

Dutch Prime Minister Mark Rutte has announced that the Netherlands isn't participating in possible airstrikes on Syria, according to  Reuters.

The statement came a few days after US President Donald Trump said on his Twitter page that Russia should brace itself for "new and smart" US missiles to be launched on Syria.

Shortly after, Trump backpedaled the announcement by tweeting that the attack on Syria "could be very soon or not so soon at all" and that he has "never said when an attack on Syria would take place."

White House spokeswoman Sarah Huckabee Sanders said in turn that the US President has yet to make a final decision on the use of force against Syria as he is currently considering the intelligence information.

READ MORE: 'The US Aim is to Attack Russia Not Syria'- Political Analyst

Already signaling their unwillingness to partake in the strikes on Syria are Italy and Germany, with UK Prime Minister Theresa May reportedly stating that she requires more evidence of Syrian President Bashar Assad's culpability for the alleged Douma chemical weapons attack. French President Emmanuel Macron, for his part, agreed with Trump to conduct a possible military operation against the Syrian government.

© AFP 2019 / Sameer Al-Doumy
Tensions Around Syria Unlikely to Lead to World War III - Analysts
Reports about the alleged attack in Duma, located in the Damascus suburban region of Eastern Ghouta, emerged last Saturday. The European Union and the United States have rushed to blame Assad's forces, however Damascus has refuted the allegations. Moscow has called for a thorough investigation into the alleged attack before drawing any conclusions.

Referring to an analysis of Douma soil, which was taken shortly after the alleged chemical weapons attack, the Russian Defense Ministry for its part said that the analysis indicated the absence of nerve agents and chlorine-containing poisonous substances in the area