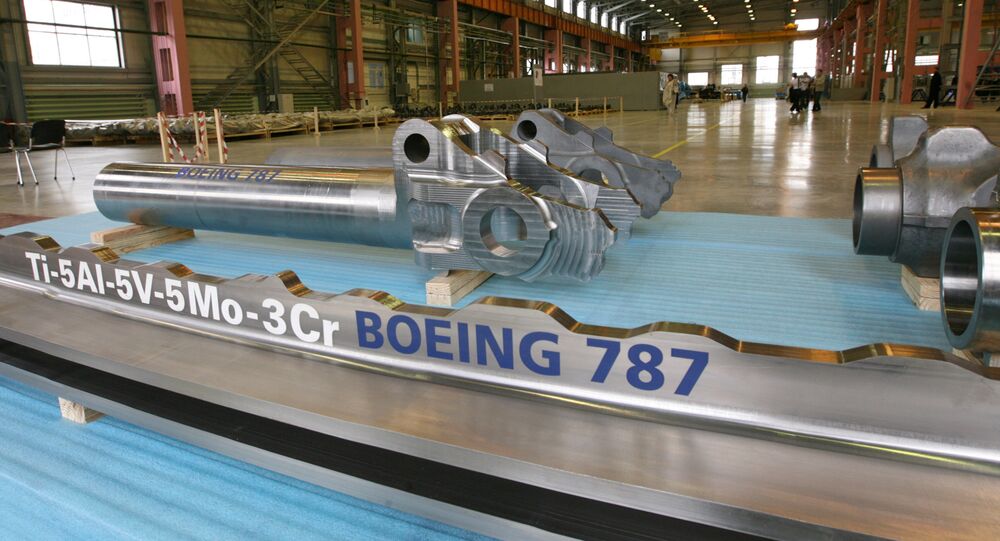 MOSCOW (Sputnik) - If a bill on the response to the US sanctions is adopted, Russia will stop the supply of titanium, which is necessary for the production of Boeing aircraft, to the United States, Sergey Ryabuhin, the chairman of Federation Council's committee on budget, told Sputnik on Friday.

Earlier in the day, Russian parliament's lower house introduced a draft law on response to the US sanctions, which in particular envisages introduction of ban or restrictions on export of Russian products, equipment made of rare-earth materials and suspension of the cooperation in the areas of aircraft, rocket engine production and nuclear area.

© Sputnik / Vladimir Fedorenko
‘Shooting Themselves in the Foot’: Russian Finance Ministry on Proposed US Sanctions
"If such legislation is adopted, it will concern the RD-180 engines produced by the Space Corporation (RSC) Energia. These engines are used in the satellites not only by NASA, but by the Pentagon as well. So the United States is launching the military satellites [with the help of Russian engines]… Among the rare-earth metals, which Russia is supplying to the United States, there is titanium, that is necessary for the technological cycle of Boeing aircraft production," Ryabuhin added.