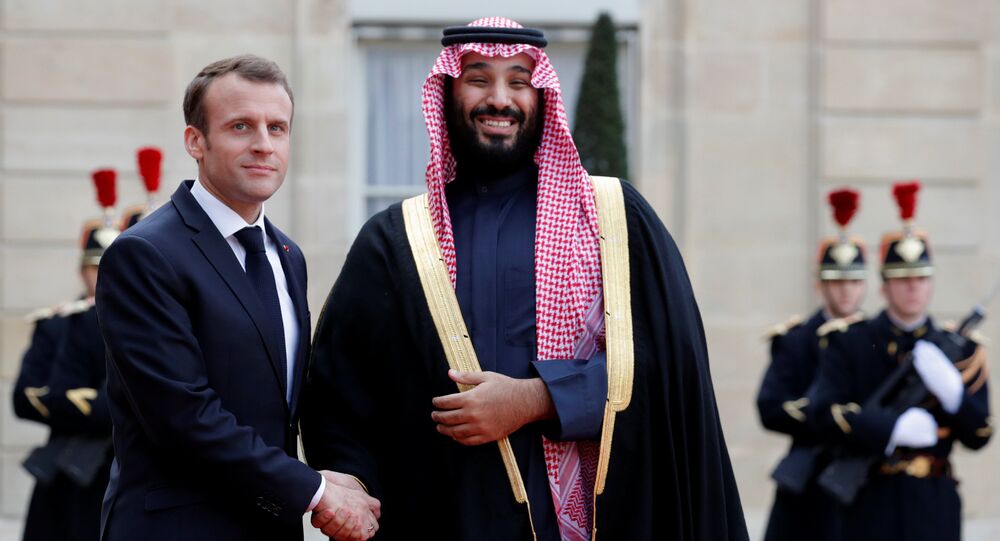 Tehran to Paris: Stay Away From Saudi 'Adventurism'

Recalling that France remains one of the seven signatories to the Joint Comprehensive Plan of Action (JCPOA), also known as the Iran nuclear deal, Qassemi described Saudi Arabia's "repetitive claims" against Tehran as something that he said is "meant to counter" the nuclear agreement.

"Contrary to the claims in this statement, the Islamic Republic of Iran has always taken steps in line with the stability and security of regional states as well as the fight against terrorism and terror groups. France should know that such opposition raised against Iran is rooted in the fury of certain states over Iran's victories in the battle against the terrorists they have trained," he stressed.

Qassemi also urged France to "review its policies on the export to Saudi Arabia of weapons, which have been used in the kingdom's aggression against Yemenis and to massacre innocent people."

He also warned against the Iranian-French ties being negatively affected by Mohammed bin Salman, who was described by Qassemi as a "novice" and "warmonger" who is facing "genocide charges" in French courts.

His remarks came after a joint statement by Paris and Riyadh which was issued following Bin Salman's visit to France. In the statement, the two sides specifically "agreed on the need to prevent Iran from acquiring nuclear weapons."

In an apparent reference to Iran, Bin Salman told Time magazine last week that Saudi Arabia and Israel have a "common enemy" and that the two countries also have many "potential areas" for bilateral economic cooperation.

In a separate interview with the Atlantic, he included Iran in the so-called "triangle of evil," along with the Muslim Brotherhood and Daesh*. He also reiterated his stern remarks regarding Iran's Supreme Leader Iran Ali Khamenei, describing him as "the Hitler of the Middle East."

© Sputnik / Vladimir Fedorenko
Iran Reveals 2 Conditions for Restoring 'Good Relations' With Saudi Arabia
Riyadh severed diplomatic ties with Tehran in January 2016 in the wake of protests in front of its diplomatic premises in Tehran and Mashhad.

The JCPOA was signed by Iran and the P5+1 group of nations, including Russia, the US, the UK, China and France, in July 2015. The deal stipulates a gradual lifting of sanctions imposed on Iran in exchange for Tehran maintaining the peaceful nature of its nuclear program.