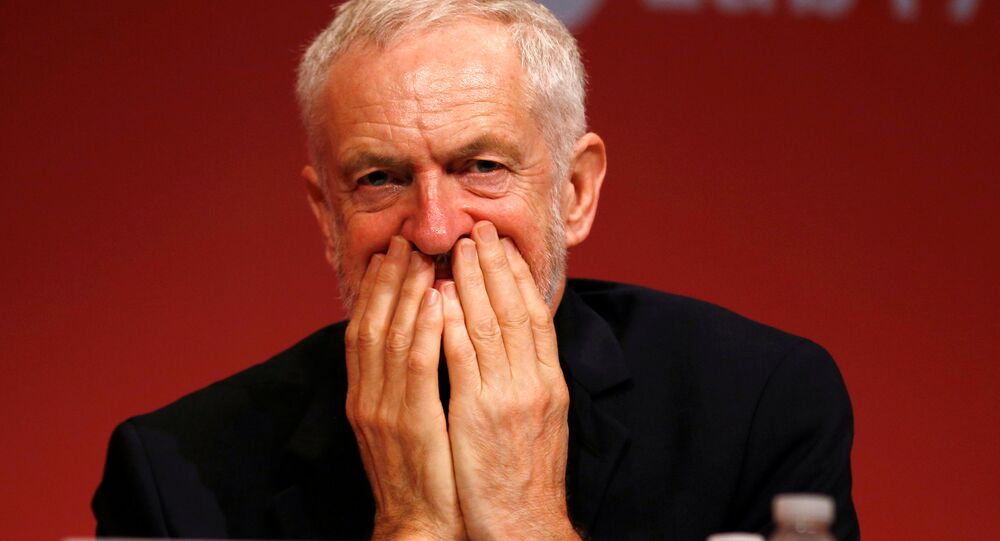 Britain's Labour Party has been plagued by an anti-Semitism scandal, with the party's leader Jeremy Corbyn personally coming under fire for the rise of anti-Semitism in the party.

Israel's Labor Party announced on April 10 that it has suspended ties with UK Labour Party leader Jeremy Corbyn, accusing him of "sanctioning anti-Semitism." The announcement was made via a statement by a party spokesperson, who quoted a letter written by leader Avi Gabbay to Corbyn.

In the letter, the chairman of Labor Party Israel said they were cutting ties with Corbyn because of his "very public hatred of the policies of the government of the State of Israel."

"It is my responsibility to acknowledge the hostility you have shown to the Jewish community and the anti-Semitic statements and actions you have allowed as leader of the Labour party UK," a letter written by Chairman Avi Gabbay to Corbyn reads.

"I write to inform you of the temporary suspension of all formal relations between the Israel Labor Party and the Leader of the Labor Party UK," the letter continues.

Gabbay said that cooperation between the two parties will continue in some areas, but they "cannot retain relations" with Corbyn.

© REUTERS / Francois Lenoir
Global Coverup of Israeli Killing of Unarmed Palestinians Must Stop – Corbyn
Britain's Labour Party has been mired in controversy over allegations of widespread anti-Semitism in the party's ranks, with some criticizing Corbyn personally for not doing enough to tackle the matter.

A number of pro-Corbyn Facebook groups have reportedly posted anti-Semitic material in recent weeks, potentially adding weight to the argument which blames Corbyn for the sentiment in the party.

A key Corbyn ally resigned last month after it emerged she had opposed the suspension of a candidate who was accused of anti-Semitism.