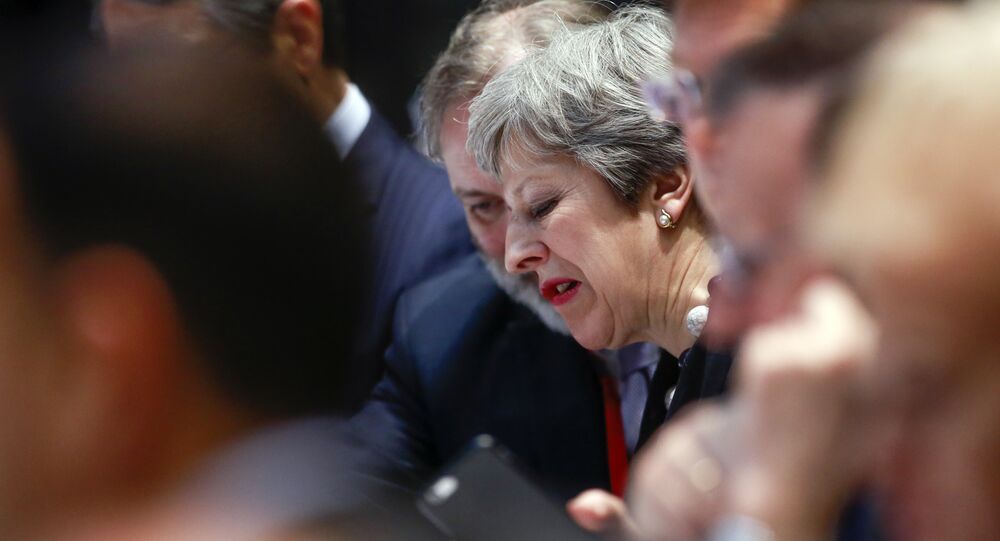 The cases of former intelligence officers Sergei Skripal and Alexander Litvinenko, as well as the case of former Russian businessman Boris Berezovsky, have been unfolding under the same scenario, unfounded accusations are followed by the demands for sanctions against Moscow, Karapetyan said Monday.

"The anti-Russian campaign… around former officer Skripal and his daughter was unfolded by the UK authorities under a scenario similar to that already used in unfounded accusations against Russia over the alleged attempted murder of Boris Berezovsky in London in 2003 and the circumstances of the death of Alexander Litvinenko in the United Kingdom in November 2006," Karapetyan told a briefing.

The official noted that in all three cases the demands to introduce sanctions against Russia had followed groundless claims of Russia's involvement.

Berezovsky was granted an asylum even though the UK Interior Ministry didn't find any evidence that there was an assassination attempt on the former Russian businessman, the official noted.

Russia hasn't received any documents, concerning the death of tycoon Berezovsky and its cause, Karapetyan noted, adding that Russia submitted 39 requests to the UK for the period from 2006 to 2011 on Berezovsky.

READ MORE: Skripal Case 'Sounds Like the Story Put Forth About Litvinenko' — Analyst

“I have every reason to assert that Berezovsky was interested in eliminating Litvinenko at that time,” Atmonyev told a briefing.

On UK's Cooperation With Russia on High-Profile Issues

At the same time, for the last 15 years, London has declined 60 Russian requests for extradition of people accused of committing crimes, with 55 of them being granted refugee status or asylum in the UK, the prosecutor general said.

"Within the last 15 years, Russia submitted 83 extradition requests… to the relevant UK bodies. Out of them 72 persons are accused of committing or have already been sentenced for embezzlement of some 500 billion rubles [over $8.5 billion]… As of today, 60 out of 83 requests have been declined. I would like to point out that in 55 cases the requests were declined as the persons were granted a status of a refugee or a victim of a politically motivated persecution," Karapetyan said.

The official added that the largest number of denials had been issued in the period between 2010 and 2016, when incumbent UK Prime Minister Theresa May was country's home secretary.

The official pointed out that London's actions, regarding the Skripal case, forced Russia to disclose data about UK's unwillingness to cooperate on previous high-profile cases.

"In the case of the attempt on the lives of Skripals, Britain simply forced us to do this [disclose data on the cases of late Russian oligarch Boris Berezovsky and former Russian intelligence officer Alexander Litvinenko], we would not have done so. We were forced to do this to show the level of cooperation, the attitude toward cooperation and the refusal to engage in cooperation," Karapetyan said.

According to Karapetyan, Russia will make public the correspondence of UK Prime Minister Theresa May during her tenure as the UK Home Secretary.

"Today, we will provide you with copies of separate documents from relevant criminal cases, including correspondence with the UK Home Secretary, including directly with Mrs. May during her tenure as the Home Secretary of that country," Karapetyan noted.

"It seems to me that it is already hysteria on the part of the British authorities and law enforcement agencies, I can't explain this by any other reasonable thing," Kurennoy said when asked why "machinations" were organized with the Skripals' pets.

"I think animal rights activists will play on this topic and this will be right, because the situation is outrageous," he said.

On Thursday, the Russian embassy in the UK, which had learned that Skripal had pets from his niece Viktoria, officially asked the UK Foreign Office to provide information on the condition of his two cats and two guinea pigs.

A UK government spokesperson said Friday that since Skripal’s house had been sealed as part of the investigation into his poisoning in the UK, two guinea pigs had sadly died, one cat was found distressed and euthanized.