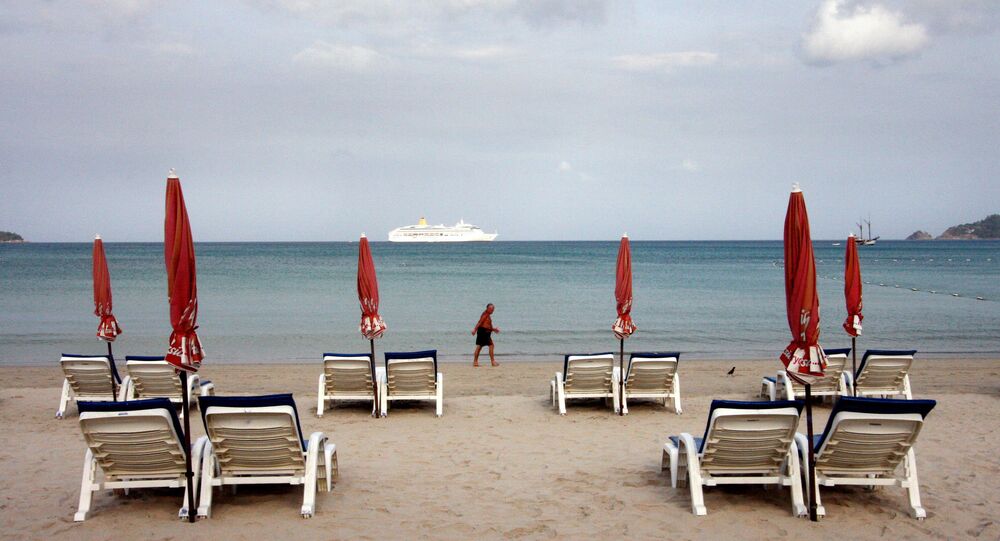 A British tourist captured on camera an unusual pink-colored sea creature washed up on a beach of Koh Lanta island off the south-west coast of Thailand.

The bizarre rubber-looking five-inch animal was wriggling along the sandy beach when Louis Burgoyne spotted it and attempted to put it back in the water. To the tourist's surprise, the mysterious creature kept trying to escape back to the shore.

"It was clear it was holding itself out of the water to breath air, so I allowed it to wash up again and it was just moving around, breathing I imagine," the holidaymaker said, as cited by Daily Star. "It was definitely very odd."

According to the islanders, there had been large numbers of the marine creatures washing up recently, but no one was able to identify what they were, with some people jokingly saying they could be aliens.

Chakchai Inyapong, who works at a scuba diving business on the island, said he had never seen the creatures on the beach before, until a few weeks ago, noting that they look harmless and cute.