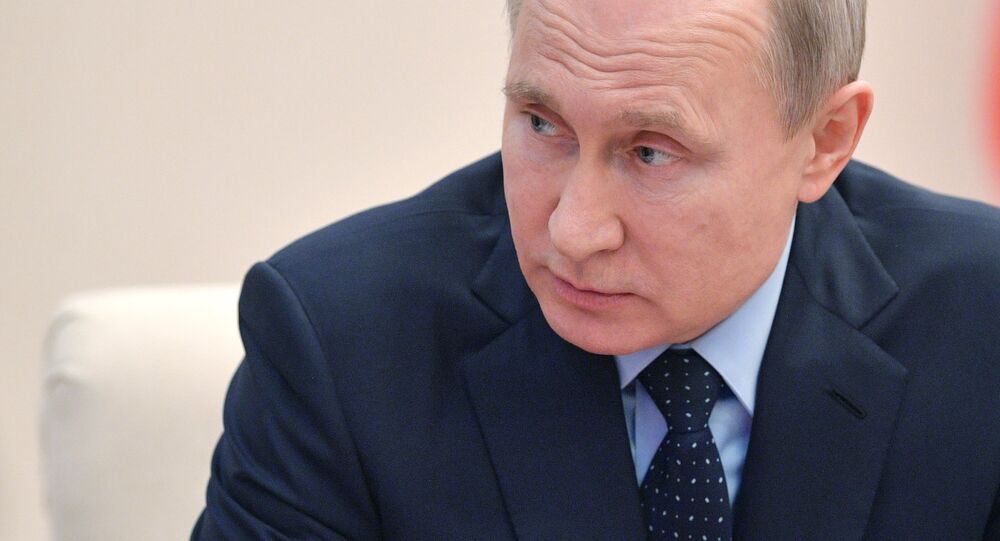 Despite the successful counter-terrorism mission in Syria and Iraq, the Daesh* terrorist group is still capable of conducting raids in different regions throughout the world, and in order to confront it, we need to think about new forms of international cooperation, Russian President Vladimir Putin said.

"Despite its military defeat, the terrorist group Daesh retains a significant destructive potential, the ability to quickly change tactics and conduct sorties in various countries and regions throughout the world. Other extremist structures also pose a great danger," Russian President Vladimir Putin said in his greeting to participants of the Moscow Conference on International Security.

Given these conditions, Putin believes, "it is necessary to think together about new forms of multilateral cooperation that would allow us to consolidate the gains made in the fight against terrorism and to prevent the further spread of this threat."

© Sputnik / Magomed Aliev
Gunman With Daesh Links Neutralized in Russia's Dagestan
Daesh, a Salafi jihadist terrorist organization, proclaimed itself a global caliphate and kick-started a large scale offensive in 2014 in Iraq and later in Syria. By 2015 the group had managed to seize large areas in western Iraq and eastern Syria, containing about 2.8 to 8 million people and imposed its own radical form of the Sharia law there.

As an outcome of the Russian-Syrian and US-led coalition's anti-terrorist efforts, the terrorist organization has lost over 90 percent of its territorial gains in Syria and Iraq, as well as its strongholds in Deir ez-Zor, Mosul and Raqqa.

What We Know So Far About French Hostage Taker, Self-Proclaimed Daesh 'Soldier'