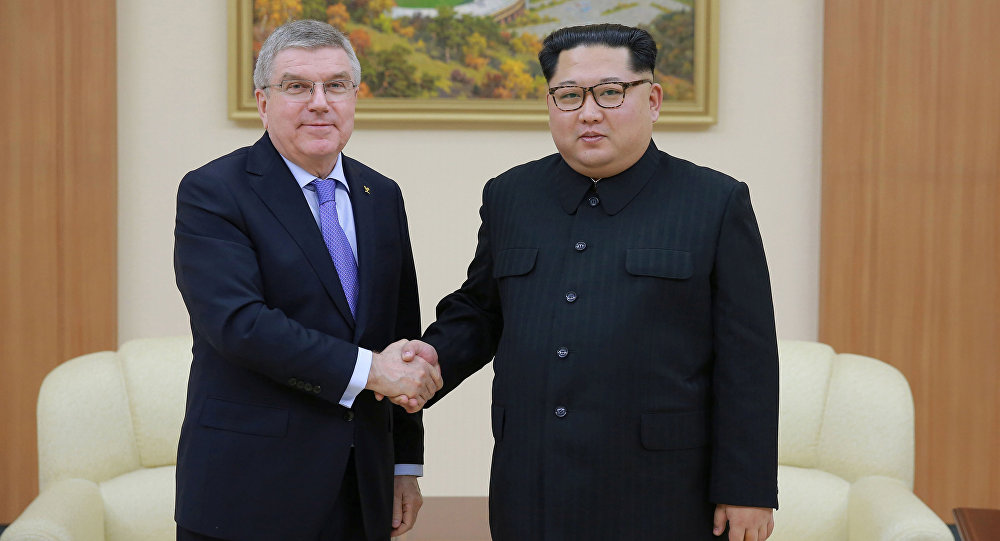 "We will continue to accompany this political dialogue through sport, by helping athletes to prepare for and compete in future editions of the Olympic Games," Bach said, as quoted in an IOC statement, at the meeting with North Korean leader Kim Jong Un.

© AP Photo / Yao Dawei/Xinhua
Kim Jong Un's Chinese Trip Aimed at Securing Support Ahead of Summits - Analysts
The North Korean side reiterated its commitment to competing in the Tokyo 2020 Games and the Beijing 2022 Games, according to the IOC statement. Kim praised Bach and the IOC for helping with mediation and getting North Korea to join this year's Winter Olympics in South Korea.

On Thursday, South and North Korea have agreed to hold an inter-Korean summit on April 27 in the border village of Panmunjom. The meeting will take place ahead of an expected meeting between US President Donald Trump and Kim in May.

In 2017, the situation on the Korean peninsula escalated due to North Korea’s nuclear test and repeated ballistic missile launches, which have further stoked tensions between Washington and Pyongyang. 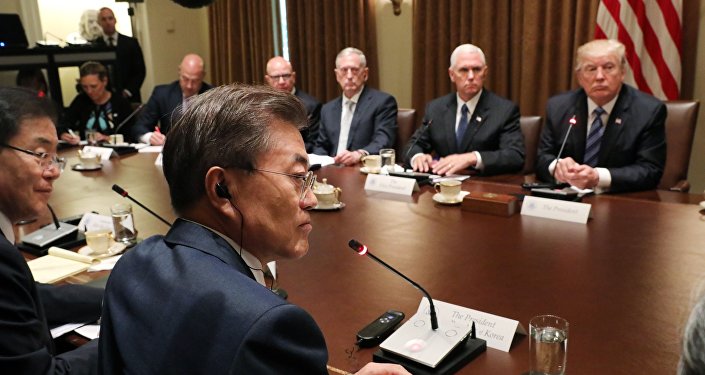 © REUTERS / Carlos Barria
Ex-US Envoy: US Trade Deal With Seoul Unlikely to Affect Intra-Korea Talks
The situation significantly de-escalated before the Winter Olympics that were recently held in South Korea’s Pyeongchang with North Korean athletes participating in the Games.

The North Korean team united with the team of its southern neighbor, marching under the Korean Unification Flag during the opening ceremony, while also forming a single women's ice hockey team.

Trans-Korea Gas Pipeline Project With Russia May Be Revived - Seoul

South Korea Standing Up to US With Leaders’ Summit With Pyongyang