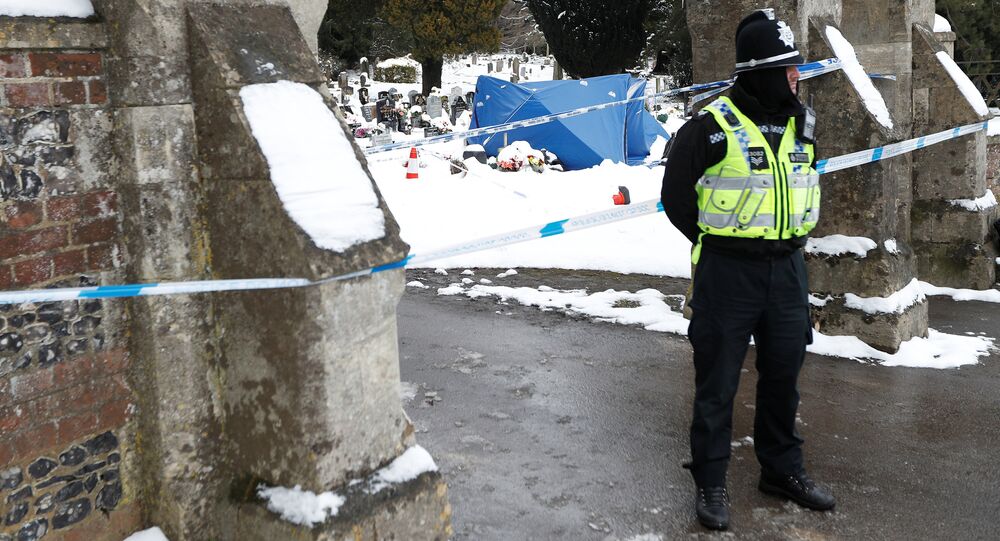 MOSCOW (Sputnik) - The expulsion of Russian diplomats by western countries over the Skripal case without proof of Moscow's role in the attack bears the risk of further worsening of Russia-West relations, Aymeric Chauprade, a non-attached member of the European Parliament, told Sputnik Tuesday.

"[Expelling is] a critical decision that can only be taken with the absolute certitude of Russian implication in Salisbury poisoning. But a Russian implication has not been proven with great certainty yet… Taking the risk to see our relations with Russia even more deteriorated, and that without having any proof, appears particularly questionable," Chauprade, who is a member of the European Parliament's Delegation to the EU-Russia Parliamentary Cooperation Committee, said.

Many intelligence experts in western countries have reservations about Russia having any interest in carrying out such an attack, the politician continued.

"European solidarity is quite a good principle, but it must be based on clearly identified attacks, and it is not the case here. Recent Iraq’s history shows us how British and American intelligence services are able to manipulate their allies," Chauprade pointed out.

The lawmaker expressed regret that the relations between Russia, Europe, and the United States had crossed a dangerous line over the Skripal poisoning case.

"I reiterate my belief that a dialogue with Russia must be renewed, in the interest of the EU and world peace. I am convinced that Russia does not have any hostile project towards Europe and that the rise of tensions is a risky strategy which puts in peril the people of Europe," Chauprade added.

© REUTERS / Henry Nicholls
Moscow Lambasts 'Lying US Accusations' Over Skripal Case, Vows Response to Diplomats' Expulsion
Earlier this week, over 25 countries, including the United States and EU member states, decided to expel Russian diplomats over Moscow's alleged involvement in the attack on former Russian intelligence officer Sergei Skripal and his daughter in the UK city of Salisbury. The move followed London's statement that Russia "highly likely" organized the attack. Moscow has rejected all the accusations and said it would respond "adequately" to the expulsion of its diplomatic workers.

According to the UK side, the Skripals were exposed to the A234 nerve agent, allegedly related to the Novichok-class nerve agents developed in the Soviet Union.

Russia said it destroyed its entire chemical weapons stockpile, which was confirmed by the Organisation for the Prohibition of Chemical Weapons (OPCW).

OPCW head Ahmet Uzumcu said earlier on Tuesday that the organization might share the results of the analysis of the substance which had been used to poison the Skripals once the procedures are finalized in the next two or three weeks.