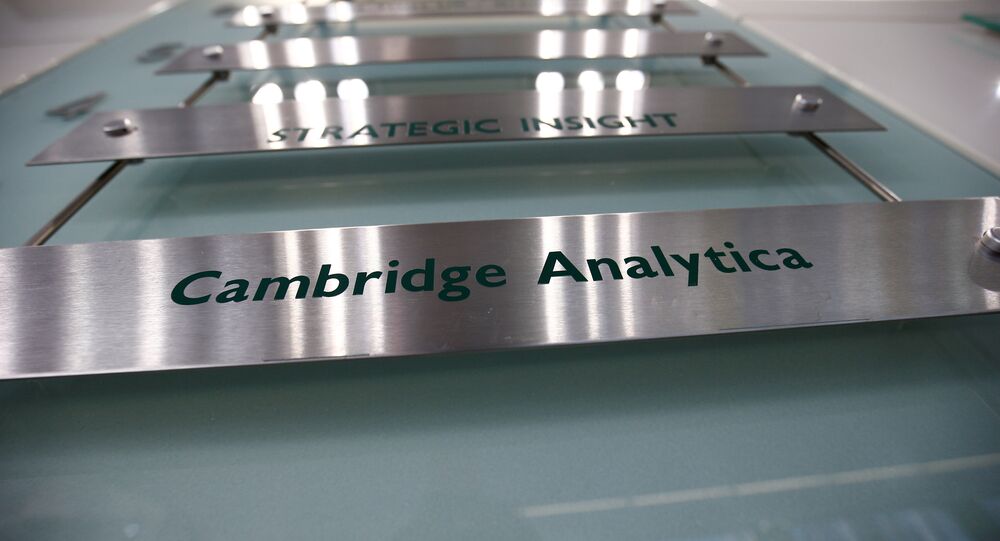 Cambridge Analytica whistleblower Christoper Wylie told a Parliamentary Select Committee that he came forward because the company uses “military-style” techniques. He called the company’s operations in developing countries “an example of what modern-day colonialism looks like.”

Christoper Wylie gave evidence to the British Parliament's Select Committee on Digital, Culture, Media and Sport, following his statements to Channel 4 during their recent investigation into Cambridge Analytica. Among the startling revelations in his testimony was the rumour that his predecessor as Director of Research was poisoned in Kenya after a project based around President Uhuru Kenyatta's re-election went sour. Wylie said, "That is what I was told. I wasn't there. I can't speak to the veracity of the account, but that's what I was told."

He described the company's techniques as "not conducive to democracy".

Wylie outlined further details of the borderline and potentially illegal tactics used by Cambridge Analytica and other companies within the SCL Group. SCL were involved in a project in Nigeria in 2015 which, Wylie said, including hacking the emails and medical records of Muhammadu Buhari, who was running for president.

Illustrating how the company compartmentalises their operations, Wylie claimed that they used an Israeli private intelligence firm, Black Cube, to carry out the hack. Meanwhile a Canadian company set up alongside Cambridge Analytica called AggregateIQ (AIQ) distributed compromising material — which Wylie referred to as ‘kompromat' — to influence the election. He explained:

"AIQ worked on that project. AIQ was handed material in Nigeria from Cambridge Analytica to distribute online. That's distribution of kompromat and of incredibly threatening and violent video content which I've passed on to the committee."

© CC0
Tech Honcho Proposes India's Own Social Media to Rival Facebook
Wylie testified that in his view "Cambridge Analytica didn't care if what they were doing was illegal," only that they "got the job done." This included sending ultra-violent videos to Buhari's supporters to intimidate them, Wylie said, "The videos that AIQ distributed in Nigeria with the sole intent of intimidating voters included content where people were being dismembered, where people were having their throats cut and bled to death in a ditch, they were being burned alive."

After his testimony a statement issued by Black Cube denied Wylie's allegations, calling them a "flagrant lie" and saying, "We categorically declare that neither Black Cube, nor any of its affiliates and subsidiaries, have ever worked for, or engaged with, SCL, Cambridge Analytica, or any of their affiliates and subsidiaries. Black Cube has never operated in Nigeria nor has it worked on any project connected to Nigeria, and none of its employees have ever set foot in Nigeria."

According to Wylie, AIQ were set up solely to employ people on behalf of Cambridge Analytica's projects. While technically a separate company in another country, they shared databases with Cambridge Analytica, including the dataset based on the 50 million facebook profiles they had harvested. He said that AIQ worked on the software used to analyse that data and target ads at potential voters in order to influence their views and votes.

When questioned about the integration between AIQ and Cambridge Analytica he explained, "You can't have targeting software that doesn't access the database… Cambridge Analytica would have a database and AIQ would access that database, otherwise the software wouldn't work." He suggested that more than 50 million profiles were scraped, saying there were "several iterations" of that project. While he "estimated" that around 50 million people's data was harvested, he added "my recollection is that it's substantially higher than that".

© REUTERS / Jonathan Drake
Watchdog: Cambridge Analytica Violated US Election Laws
Wylie also alleged that AIQ had worked on a project in Trinidad & Tobago for the Minister of National Security, which involved attempting to harvest the internet data of the country's population. He explained that they were tasked with accessing "raw internet service provider data for the entire country, to monitor what people were browsing." He observed that AIQ "inherited a lot of the company culture" from Cambridge Analytica including a "total disregard for the law."

The next step for the Select Committee is to hear from Facebook on how it was possible for Cambridge Analytica and AIQ to harvest and use so much personal data from their systems. Earlier in the day, Facebook said in a statement that its co-founder and CEO Mark Zuckerberg would send one of his deputies to give oral evidence in the UK Parliament over the case of the Cambridge Analytica firm. The CEO decided on this despite the Select Committee's request that he appear in person to testify.