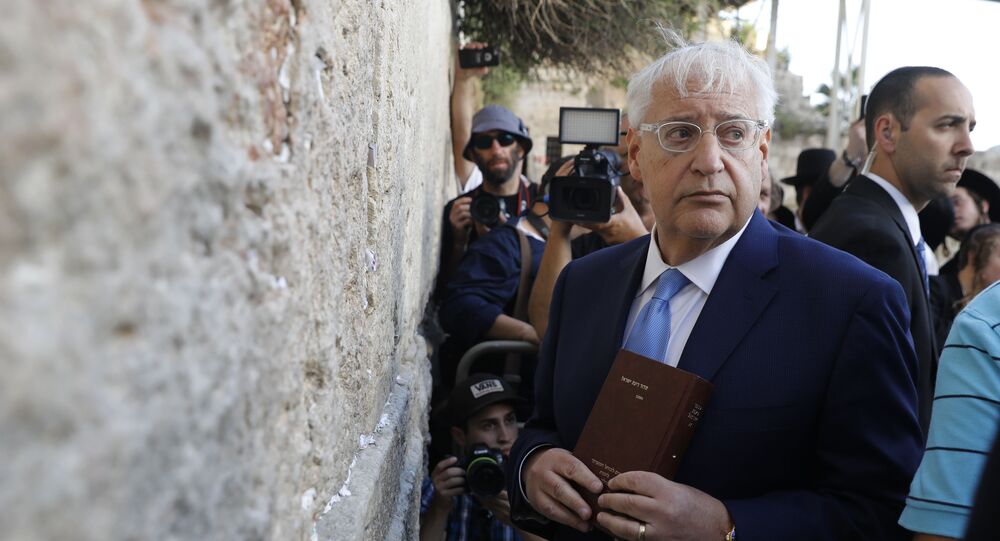 US Ambassador to Israel David Friedman read about Palestinian President Mahmoud Abbas's verbal attack on him minutes before the start of the diplomat's speech at the Sixth Global Forum for Combating Antisemitism.

"Antisemitism or political discourse? Not for me to judge, I will leave that up to you," US Ambassador to Israel David Friedman said in response to the Palestinian President recently calling him a "son of a dog."

Friedman was echoed by Jason Greenblatt, the US President's special representative for international negotiations, who urged Abbas "to choose between hateful rhetoric and concrete and practical efforts to improve the quality of life of his people and lead them to peace and prosperity."

"Notwithstanding his highly inappropriate insults against members of the Trump administration, the latest iteration being his insult of my good friend and colleague Ambassador Friedman, we are committed to the Palestinian people and to the changes that must be implemented for peaceful coexistence," Greenblatt pointed out.

Slamming Abbas's comments as "outrageous and unhelpful," spokesperson and acting undersecretary for public diplomacy Heather Nauert, for her part, called on the Palestinian Authority "to focus its efforts on improving the lives of the Palestinian people and advancing the cause of peace."

Abbas made his son-of-a-dog remarks during a speech in Ramallah, where he specifically focused on Israel's construction of settlements in the occupied West Bank, blaming Friedman for supporting the drive.

© REUTERS / Jonathan Ernst
Trump Discusses Israel-Palestine Peace Deal in Phone Call with Putin
"[The US administration] has said that settlement building is legitimate. That's what several American officials have said, including, first and foremost, their ambassador in Tel Aviv David Friedman. He said [settlers] are building on their land. Son of a dog, they are building on their land? He is a settler and his family members are settlers," Abbas said.

Earlier in Twitter comments, Friedman suggested that the settlements were part of Israel, while also reproaching the Palestinian Authority for its unwillingness to condemn an attack in the West Bank that killed two Israeli soldiers.