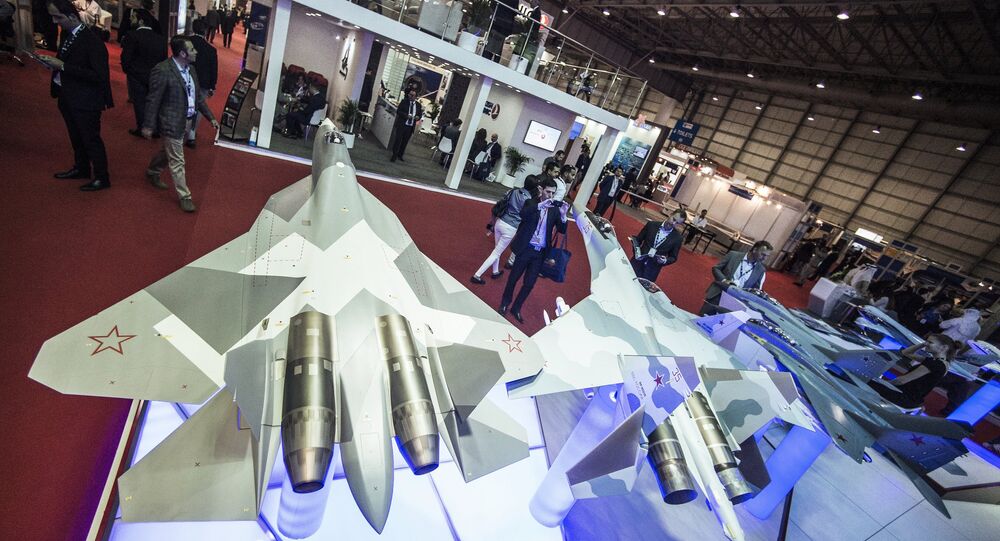 Russia's Rostec Says Its Participation in Farnborough Airshow in Question

MOSCOW (Sputnik) - Russia's Rostec state corporation is still considering its participation in the upcoming Farnborough airshow as the organizers have practically banned Russian firms from showcasing their defense products at the event, the company said on Wednesday.

"The unfriendly steps of foreign partners, of course, affect the plans of our exhibition work and, in general, the promotion of our products in foreign markets. The participation in Farnborough for us is still in question since the organizers of the exhibition de-facto banned Russian companies from demonstrating defense products," Rostec press service said.

At the same time, the company said that it did not rule out participating in the event.

"But we are not in a hurry to give up the opportunities offered by such events. The British airshow can still be used, for example, to exhibit our civilian products in the aviation cluster," the press service added.

The Russian United Aircraft Corporation (UAC) told Sputnik that its participation was also in question.

"Over a number of years our representation in Farnborough was more of an image-building and civilian nature. It has been caused by the position of the host country among other issues. The participation in 2018 is in question," the UAC's press service said.

At the same time the press service of the Russia's state space corporation Roscosmos told Sputnik that the corporation could take part in the event.

"Yes, the possibility of participation is under consideration," the press service said.

© AFP 2020 / ADRIAN DENNIS
Russian Pilots Prevent Combat Training Jet From Hitting Buildings as Plane Crashes in Central Russia
Speaking about the airshows such as Farnborough in the United Kingdom and Le Bourget in France, Russian Minister of Trade and Industry Denis Manturov said that these airshows were outdated.

"Le Bourget and Farnborough are outdated as the equipment produced by us is supplied to other markets. We are paying special attention to the participation in the Chinese exhibitions, in Singapore, in Bahrain, in Latin America. They are our markets, we deliver our equipment there and focus on them. That's why Le Bourget and Farnborough are mostly for prestige purposes for us," the minister said.

Manturov added that if Russia decided to take part in the event, then its participation would be mostly token.

READ MORE: Cream of the Crop From Singapore Airshow 2018

The Farnborough International Airshow has been held annually in Farnborough since 1948. In 2014, the Russian delegation has not participated in the event because of the visa problems. In 2016 and 2017 the Russian side presented only civilian aircraft at the airshow, because of the restrictions imposed by the organizers.

The Farnborough Airshow 2018 in the United Kingdom will be held on July 21-22.