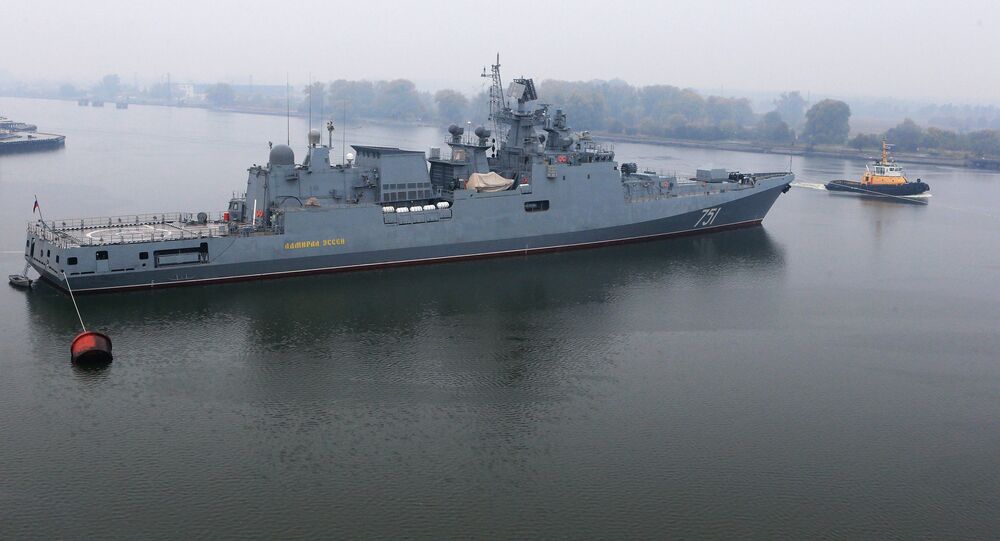 The Russian guided-missile frigate Admiral Essen is designed to take part in anti-ship and anti-submarine warfare on the high seas, and is equipped for neutralizing enemy aircraft, both independently and as an escort ship.

March 13 saw the beginning of a Mediterranean mission by the Russian frigate Admiral Essen, which is equipped with Kalibr-NK cruise missiles, according to Ria Novosti.

"The frigate Admiral Essen of [Russia's] Black Sea Fleet has started its first voyage in 2018. In accordance with the rotation plan, the Admiral Essen is currently en route from Sevastopol to the Black Sea straits. For the warship's crew it is the first mission to the distant sea zone this year," Black Sea Fleet spokesman Vyacheslav Trukhachev told Sputnik.

Apart from the Kalibr missiles, the frigate is armed with a Shtil-1 medium-range surface-to-air missile system, the 100mm A 190 shipboard automatic artillery gun, an antisubmarine rocket launcher and torpedoes.

The Admiral Essen measures 124.8 meters in length and displaces 3,620 tons.

During last year's mission, the warship launched cruise missiles from the Mediterranean Sea at the positions of Daesh* militants in Syria.