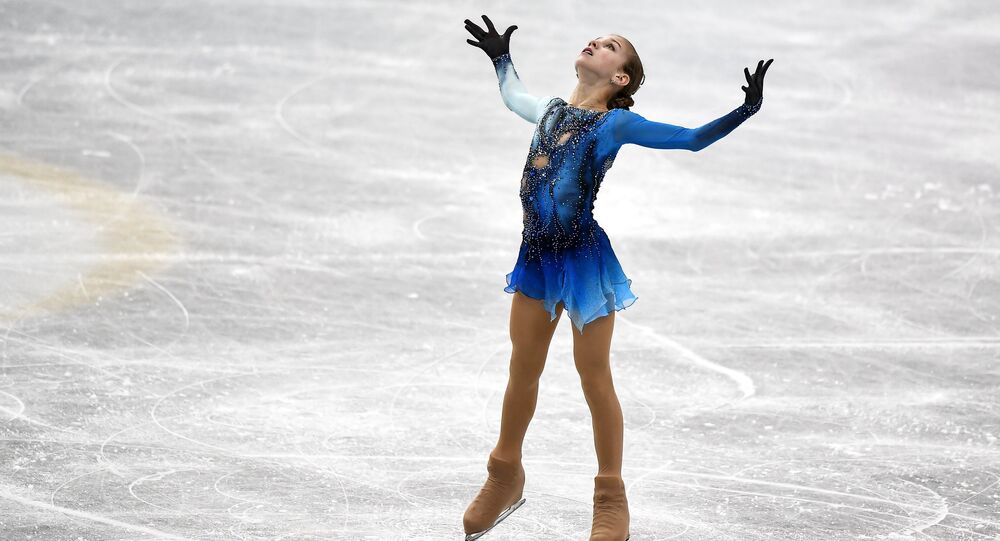 The 13-year-old Trusova landed a quad Salchow and a quad toeloop in her free skate during a breathtaking performance to Antonio Vivaldi's "The Four Seasons", outjumping her competitors to win by over 18 points at the Arena Armeec. Both jumps were considered fully rotated with positive grades of execution from judges.

Sasha Trusova just landed two quads in a competition and her TS was higher than any skater in the men’s field….she is a LEGEND at only 13. Ladies and gentlemen I give you a QUEEN pic.twitter.com/R5pR1ZYqJk

​Trusova won the world junior title for the seventh time in the last eight years, also setting a personal best with 153.49 points and scoring 225.52 points overall.

The teenager is also the first female skater to perform a quadruple toeloop in competition. Besides, no woman has ever landed two quads in one routine before. The only other clean, fully rotated quad for women in international competition is attributed to Miki Ando, who landed a quad Sal at the 2002 Junior Grand Prix Final.

"I am very happy to have won, but I'm even happier to have landed the two quads," Trusova said, as quoted by ISU, "I prepared for that and I did it."

Trusova cannot compete at the senior world championships until 2020 due to age requirements.