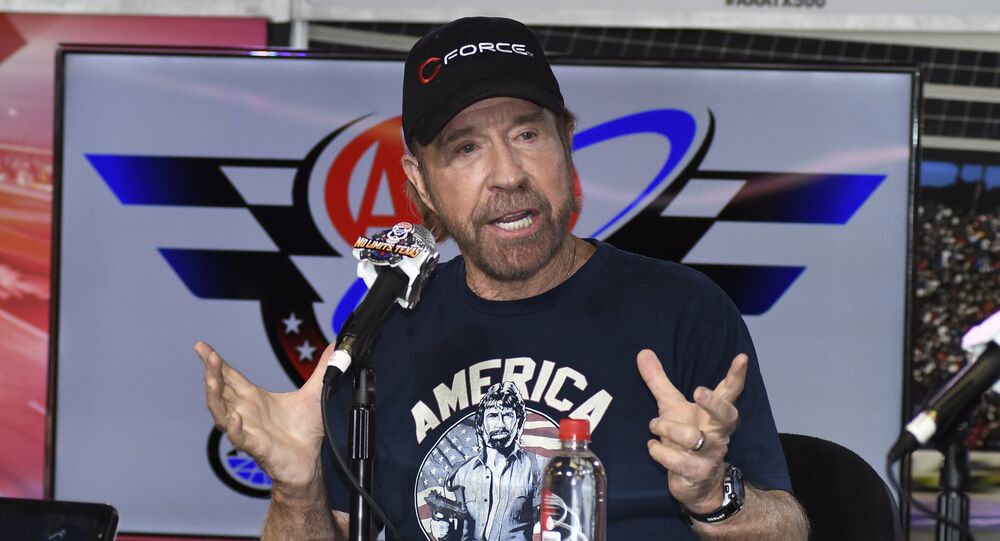 The actor's life took some unexpected turns. As a boy, he wanted to become a policeman, but instead became a martial arts master, a famous actor and an endless source of internet memes.

The Long Way to His Career as an Actor

As a young boy Carlos Ray Norris of Irish and Cherokee descent, Norris dreamt of becoming a policeman. When he grew up, he joined the US military and this is in many ways where Chuck Norris, as we know him now, was born. It was while serving in the US Air Force that gave him "Chuck" became his nickname, and it was also where he developed a love for martial arts — military service in South Korea was too boring for him, so he started practicing at first judo then — Tang Soo Do. By the end of his service, he had black belts in both.

Happy birthday to the one and only, the legendary @chucknorris! 🎉👊🎉 pic.twitter.com/YwuRSdQeAg

He continued his practice back in the US, where he opened several martial arts schools, which eventually led to him crossing paths with American actor Steve McQueen, whom he taught karate and who would one day brought him into the world of filmmaking.

Though his filming career didn't start so well, he filmed in almost three dozen films and several TV series, including the widely-known "Walker, Texas Ranger." Throughout his career, he formed a very specific image of a tough guy who could get things done, no matter how hard that was (or how many enemies he had to encounter).

What Chuck Norris definitely didn't expect is what side effects such fame might bring. At some point his image transformed into "almighty Chuck," featuring hundreds of internet memes from around the world, glorifying him as a person who can do literally anything. He even tried to sue the authors of the satirical book "Chuck Norris Facts," which gathered the best internet jokes about him, but eventually he got over his new unordinary image.

The power of Chuck Norris pic.twitter.com/iwlYDsyZvs

Here are just a few of such "Chuck Norris facts":

• Chuck Norris does not sleep. He waits.

• Fire escapes were invented to protect fire from Chuck Norris.

• When the Boogeyman goes to sleep every night he checks his closet for Chuck Norris.

• Chuck Norris doesn't do push-ups, he pushes the Earth down.

• It was Chuck Norris who stopped Xerxes's army. 300 Spartans just died in awe.

• Once a cobra bit Chuck Norris' leg. After five days of excruciating pain, the cobra died (this one was even retold by his character in "The Expendables 2" motion picture).

It's no wonder he became an "epic" symbol of the fight against boredom, along with other prominent can-do-man types like Gerard Butler's Leonidas from 300, on the Russian segment of the internet.

Chuck Norris is a highly devout Christian and even advocated for studying the Bible in TV commercials. He is a gun rights and ownership supporter and a strong opponent of celebrating the Day of Silence in schools. Chuck supports traditional values and actively advocated for a bill to ban same-sex marriage in California in 2008 by exposing the double standards of the activists who opposed the bill. He pointed out that while they criticized the LDS Church, they didn't do the same with blacks, though both of these groups overwhelmingly favored the ban.

Chuck Norris is not Politically Correct. He is just Correct. Always.

Chuck Norris is twice married (1958 and in 1998) and has 5 children and 13 grandchildren. He is currently busy shooting commercials, producing films and even participating in the creation of mobile video games based on his iconic image as a tough guy. He runs or takes part in several charities, one of which is aimed at finding and promoting young talents.

This Granny Does What No One Has Ever Done: She Defeats Chuck Norris!