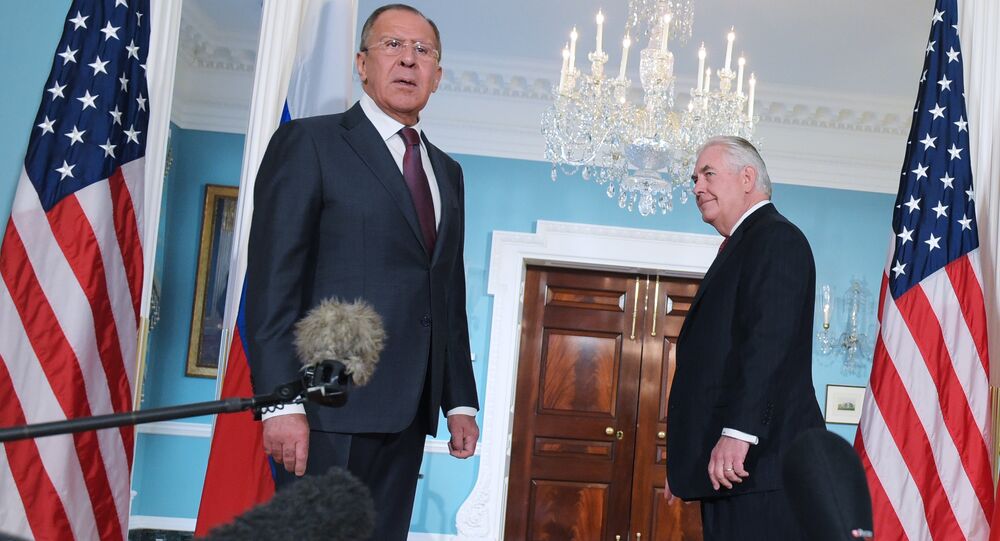 ADDIS ABABA (Sputnik) - Russian Foreign Minister Sergei Lavrov and US Secretary of State Rex Tillerson have not met during their visit to Ethiopia, a source in the Russian delegation said Friday.

"There was no meeting," the source told reporters.

Earlier in the day, the Russian Embassy in Washington DC offered to send a formal invitation for a meeting between the Russian and US foreign ministers via Twitter, after the US State Department had denied receiving it by more conventional means.

Lavrov arrived in Ethiopia on Thursday evening in the framework of his Africa tour. Tillerson is also paying an official visit to the country as part of his trip to the continent. According to the Russian Embassy in the United States, the diplomats also stayed in the same hotel.

Lavrov meanwhile said earlier that Tillerson himself had offered to find a convenient time and place for the meeting after they had failed to meet in New York on the sidelines of the UN Security Council session. Both ministers are in Ethiopia on Friday.