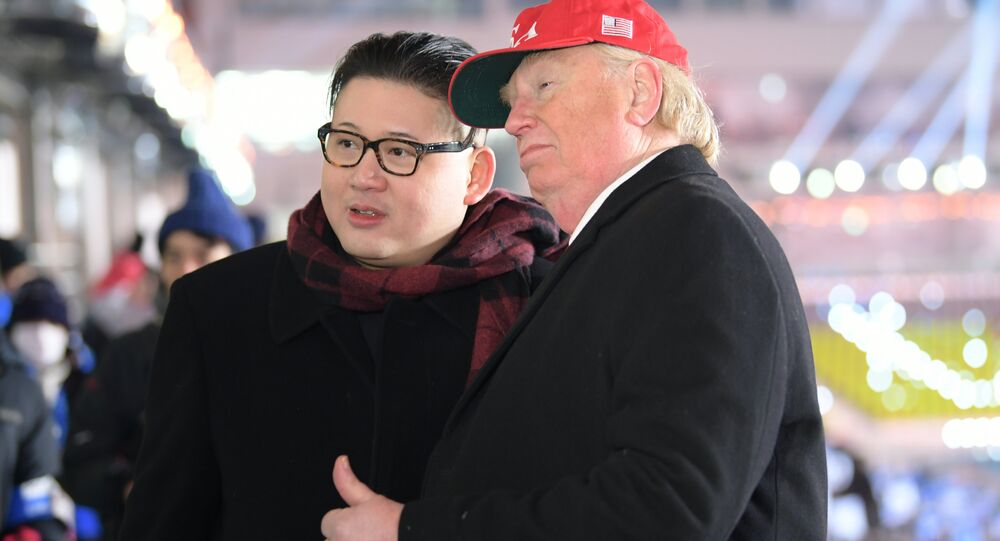 MOSCOW (Sputnik) - South Korean President Moon Jae-in welcomed on Friday the announcement of a potential meeting between US President Donald Trump and North Korean leader Kim Jong-un expected to take place by May.

"The May meeting will be recorded as a historic milestone that realized peace on the Korean Peninsula… If President Trump and Chairman Kim meet following an inter-Korean summit, complete denuclearization of the Korean Peninsula will be put on the right track in earnest," Moon said, as quoted by his spokesman, according to the Yonhap news agency.

South Korean National Security Adviser Chung Eui-yong said at a White House briefing the day before that Trump had agreed to meet with Kim by May to achieve permanent denuclearization. At the same time, the North Korean leader also agreed to halt nuclear tests, Chung added.

On Tuesday, US State Department spokeswoman Heather Nauert said that the United States had imposed new sanctions on the government of North Korea for using a chemical agent to kill Kim Jong-un’s half-brother on February 13, 2017.

Tensions on the Korean Peninsula escalated drastically last year due to the North's nuclear activity, which led to the United Nations Security Council imposing its toughest ever sanctions on the country.

© AP Photo / Korean Central News Agency
North Korea Sending 'Positive Signals' But Remains Long Way From Talks With US - Tillerson
In November, North Korea tested its most advanced intercontinental ballistic missile, which according to Pyongyang, would have been capable of hitting any part of the US mainland.

The announcement of a meeting between the US and North Korean leaders comes after months of contentious exchanges. Last fall, Trump called Kim Jong-un a "rocket man" that was on a suicide mission. Kim, for his part, said Trump’s comments exhibited "mentally deranged behavior."