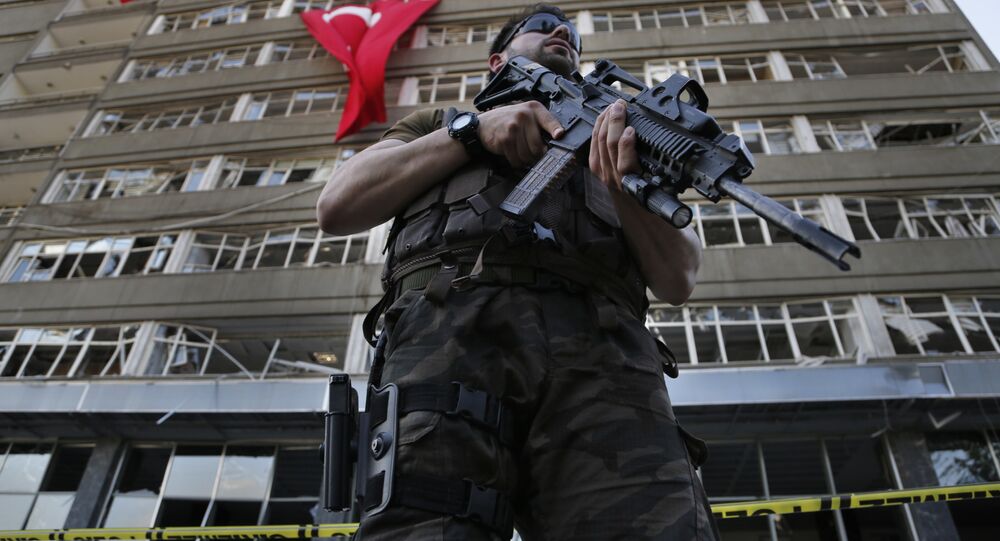 With the Daesh* (also known as ISIS/ISIL/IS/Islamic State) caliphate in disarray, analysts and politicians have warned of the prospect of former members of the group carrying out terror attacks in the region, and the western world.

Turkish special forces and counter-terrorist units have foiled an attack on a US consulate by Daesh, according to reports by Turkish media.

13 suspects with alleged ties to the terror organization, including 12 Syrian nationals, were arrested during the raids on Wednesday morning in the city of Adana, situated in southern Turkey, over 200 kilometers from the Turkey-Syria border.

The US operates consulates in Adana and Ankara, in addition to other diplomatic facilities throughout the country. It's currently unclear which consulate the suspects were planning to attack.

US governmental facilities in Turkey have been on high alert since the US embassy in Ankara issued a "security threat warning" on Monday. Security forces later detained four Iraqi suspects who were reportedly set to attack the embassy.

© AFP 2021 / DELIL SOULEIMAN
US Poised to Create Garrison State in Syria – Turkish General
Turkey is currently building a border wall with Syria to tackle the flow illegal migrants into Turkey, including potential terrorists from Daesh and other hardline Islamist terror groups operating in Syria.

Considered to be the Middle East's gateway to Europe, Turkey has stepped up counter-terrorist operations in the interests of international security. The Daily Sabah newspaper reported that "authorities have heightened crackdowns on the terrorist group with almost daily operations."

The Turkish military launched operation Olive Branch in January, 2018 to oust Kurdish-led forces — which have ties to the PKK terror organization — from parts of northwestern Syria.