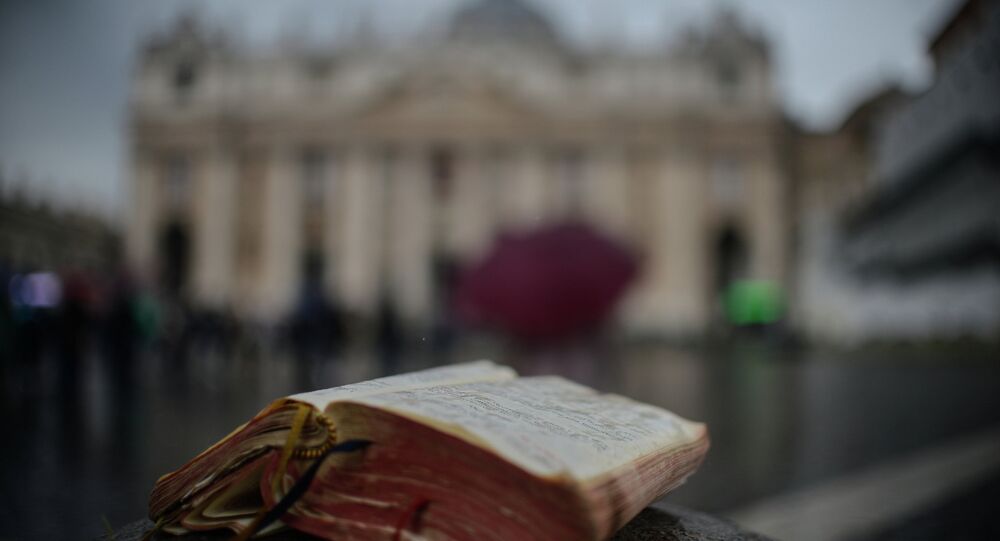 The whistleblower is a male escort, Francesco Mangiacapra, described by the media as a devout Catholic. He attempted to uncover the ”secrets” of his clients in priestly garb long ago, but only now succeeded.

He has come up with a 1,200-page dossier, focused on nearly 40 priests across Italy, which he took to the archdiocese of Naples, led by Cardinal Cresenzio Sepe, who in his turn forwarded it to the Vatican. "There remains the gravity of the cases for which those who have erred must pay the price, and be helped to repent for the harm done," Sepe said in a statement on the diocesan website.

Seriously- let those poor bastards have sex. At what point are we going to realize that forced celibacy is unnatural and unhealthy? Confessions of the Vatican’s Favorite Male Escort https://t.co/8EfXdE907L

The dossier, containing WhatsApp and Telegram chats, some of them exclusively devoted to gay dating, was meant to shed light on the "reality that is clearly in contradiction with the obligations imposed by the cassock." In some message exchanges priests made appointments to have rendezvous with male escorts or other priests in their areas. Notably, he added added that the priests paid "hundreds of euro" and afforded premium services.

Mangiacapra, who dealt with priest clients himself on more than one occasion, said he could no longer tolerate the hypocrisy among the clergy, as they right and left slam homosexuals:

"We are talking about sins, not crimes,” he said. “I only want this out so that these people will stop preaching hatred towards gays."

Mangiacapra, who is set to ultimately quit his profit-yielding occupation, said he had unveiled the truth for “the health for the church.” “The bad apples” should not be punished, he says, but need to accept their sexual orientation and live on:

"We are talking about bad apples which, in my opinion, should be reduced to the lay state not to be punished but to have the opportunity to come into contact and reconcile with their own homosexuality," he said.

Earlier, as soon as Mangiacapra realized he was unfortunate enough to have become the priests’ favorite boy toy, started to write a book called "Il Numero Uno. Confessioni di un Marchettaro" ("The Number One. Confessions of a Prostitute"), in which he included messenger chats, provocative screenshots and videos. Though it was published a whole year ago, it gained little attention from the clergy at the time.