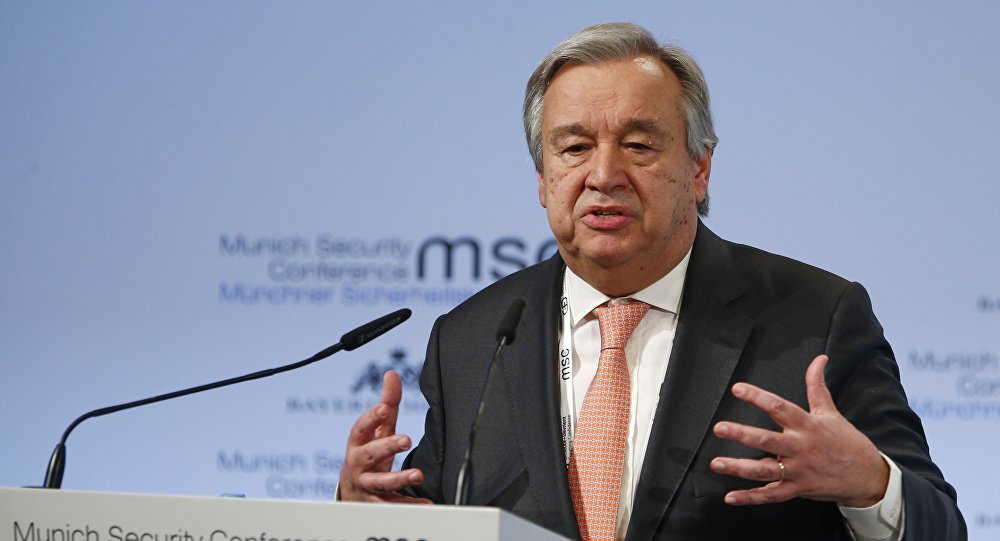 The decision of the head of the UN to endorse economic sanctions against North Korea has provoked a sharp retort from the country’s representatives, who accused him of being an American lackey.

Pyongyang has accused UN Secretary-General Antonio Guterres of making “reckless remarks” after he delivered a speech at the Munich Security Conference praising the international restrictions imposed against North Korea.

"This is nothing but an absurd sophistry inappropriate to his duty as Secretary-General of the United Nations and only make us to think whether he is a kind of henchman who is representing the United States,' a statement made by North Korean envoys to the UN said.

© AFP 2019 / Odd ANDERSEN
North Korea Uses US’ ‘Weak, Chaotic Foreign Policy’ to Advance Agenda - Expert
As Guterres insisted that the pressure against North Korea "is absolutely essential to be maintained," the country’s envoys asked him "to refrain from his behavior acts like somnambulist."

Over the past years, North Korea has repeatedly conducted ballistic missile launches and nuclear weapon tests despite criticism and condemnation from the international community and the United Nations.

The UN Security Council imposed several rounds of economic sanctions against Pyongyang, targeting exports of coal, iron ore, and seafood from the Asian nation to UN member states, as well as imports of crude oil and refined petroleum products.