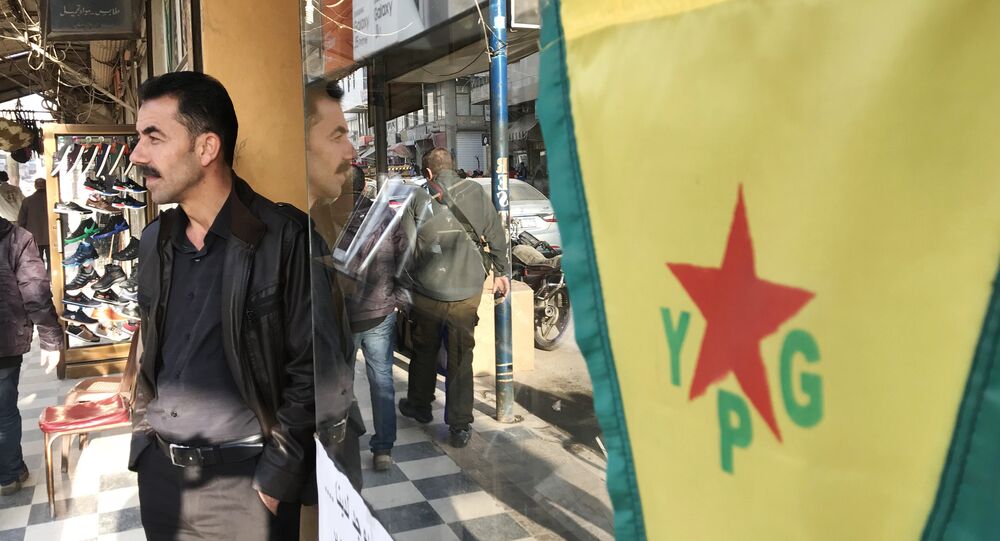 "This game had been raising questions multiple times and it looked like a deliberate provocation that overgrew in the current situation in Afrin," Lavrov said.

Speaking further, Lavrov noted that the issue of Kurds in Afrin should be discussed within a framework of Syrian territorial integrity.

"We advocate the idea of solving problems in Syria or anywhere else, regrading the countries' territorial integrity," Lavrov said.

At the same time, according to the Russian foreign minister, the issue of Turkish security can also be solved through direct talks with Damascus.

"We acknowledge Turkey's concerns over the situation on Syria's borders. We acknowledge Kurds' aspiration as well. But, we don't acknowledge any attempt to speculate on the issue…I mean — all external attempts to achieve geopolitical aims that are not shared by the Kurdish people," Lavrov said.

Earlier this day, Turkish President Recep Tayyip Erdogan said that Turkish army would encircle Afrin to speed up its operation, adding that possible deployment of Syrian government forces into the city had been "halted through our communications."

© AP Photo
Kurdish Fighter Claims Turkey Using Napalm, Chlorine in Afrin Operation
The statement came amid reports that Syrian Kurdish forces and the country's government had agreed on the deployment of Syrian army troops along border positions in the Afrin region to curb the Turkish campaign.

However, the information was refuted by a YPG representative, who had called them false and fake news in his interview to Sputnik, saying that the Syrian government forces would not enter Afrin.

Turkey has been conducting the "Olive Branch" in Syria's Afrin since January 20, aiming at targeting the Kurdish YPG, allegedly affiliated with the Kurdistan Workers' Party (PKK), which Ankara regards as a terrorist organization. Damascus has firmly condemned Turkey's military campaign, calling it a violation of the country's sovereignty.

Russia Awaits US Explanations on Unidentified Helicopters in Afghanistan

According to Lavrov, Russia is waiting for clarifications from the United States and NATO about flights of unidentified helicopters to the areas of Afghanistan controlled by militants.

"We still expecting from our American colleagues an answer to the repeatedly raised questions, questions that arose on the basis of public statements made by the leaders of some Afghan provinces, that unidentified helicopters, most likely helicopters to which NATO in one way or another is related, fly to the areas where the insurgents are based, and no one has been able to explain the reasons for these flights yet, and in general they try to avoid answers to these legitimate questions," Lavrov told reporters after talks with his Pakistani counterpart Khawaja Muhammad Asif.

The minister added that Russia was worried about the expansion of terrorism in Afghanistan.