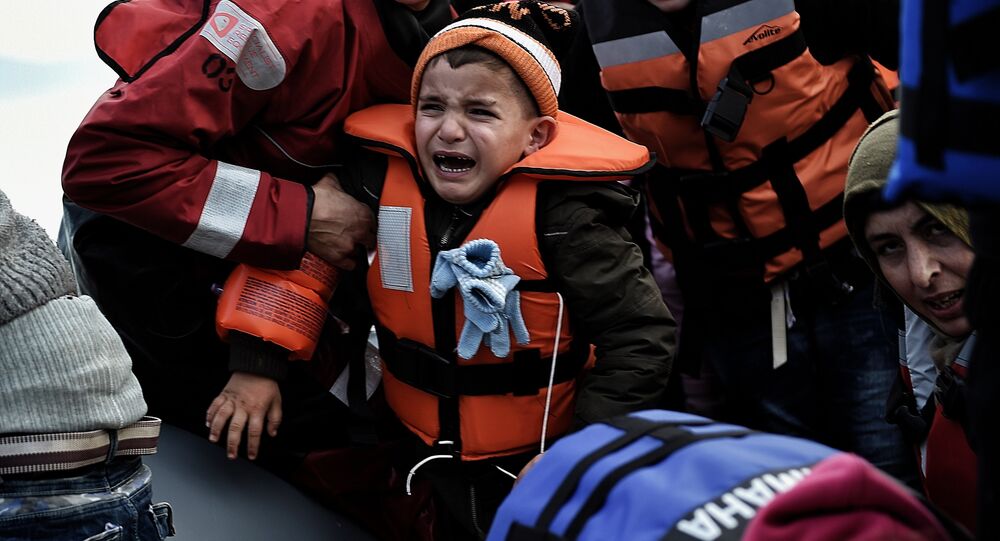 More than 1,200 deaths of migrant children have been recorded since 2014, while the real figure is likely to be much bigger amid an upward trend in the number of child migrants, the International Organization for Migration (IOM) announced on Friday.

"Since IOM … began collecting data in 2014… it has recorded the deaths of more than 1,200 child migrants, nearly half of whom perished while attempting to cross the Mediterranean. The real figure is likely to be much higher, given that approximately 12.5 per cent of all migrants are under the age of 18, and the number of children migrating around the world has been increasing in recent years," the UN agency said in a press release.

The IOM expressed its special concern over the lack of information on the real scale of child migration essential to designing policies to tackle the problem, noting that in only about 40 percent of recorded migrant deaths it managed to estimate the age of those deceased.

The cases when such information was provided reveal that the average age of perished children is just eight years old, however it is difficult to determine the most vulnerable category of children, the press release said.

© REUTERS / Mohammad Ponir Hossain
'Beaten, Sexually Abused': IOM Official Decries Plight of Rohingya Children
According to the IOM data, the most deaths were due to drowning – 681 children, most of whom perished in the Mediterranean Sea or the Bay of Bengal. Another 68 children died due to vehicle accidents or suffocation during vehicular transport, 50 due to harsh environments that they faced en route to places of destinations, 35 as a result of violence, and 23 due to illness and lack of access to medicine.

Among the child migrant routes, crossing the Mediterranean, especially from Turkey to Greece, has proved to be particularly deadly.

Europe has been facing a large influx of migrants over the last few years, many of them fleeing from wars and poverty in their home countries in search of a better future. Earlier this month, the IOM reported that the number of migrants and refugees entering Europe by sea had come to 7,511 this year (a year-on-year decrease), while total deaths registered in the Mediterranean over the first five weeks of the year had increased and reached 390.

No Kidding: Hundreds of Egyptian Child Migrants Arrive in Italy