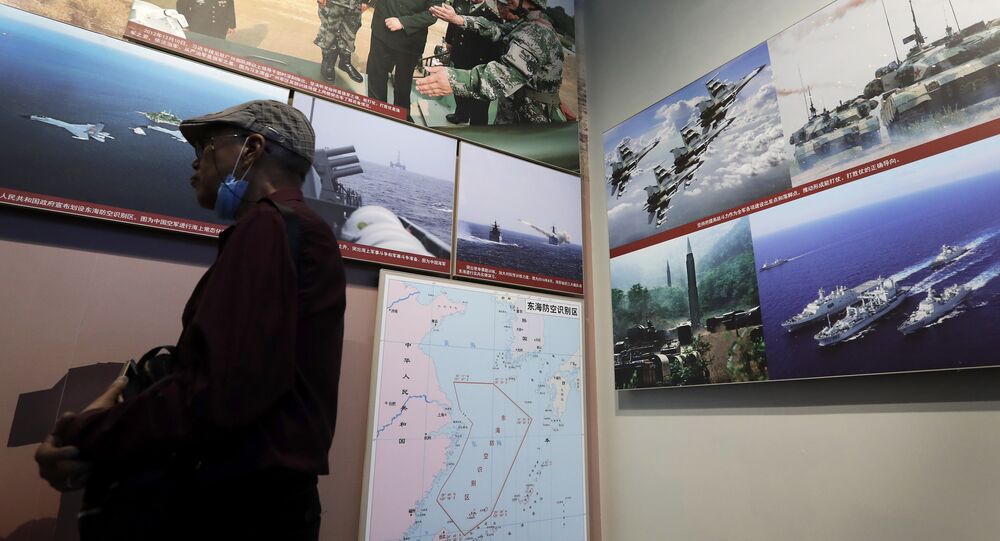 Admiral Harry Harris, head of US Pacific Command in Hawaii and Trump's nominee for US ambassador to Australia, has urged Washington to cooperate more with Canberra in a bid to contain China's increasing regional clout.

Speaking at the House armed services committee, head of US Pacific Command in Hawaii Harry Harris, who is has been nominated to be the next US ambassador to Australia, warned of China's growing clout in the Asia-Pacific region. He claimed that Beijing's intent to dominate the South China Sea is "crystal clear" and that the US ignores it "at our peril."

"China's impressive military build-up could soon challenge the US across almost every domain… If the US does not keep pace, [US Pacific Command] will struggle to compete with the People's Liberation Army on future battlefields," Harris pointed out.

Describing himself as a "military guy," he stressed the need to "plan and resource to win a war at the same time you work to prevent it."

"At the end of the day the ability to wage war is important or you become a paper tiger. I'm hopeful that it won't come to a conflict with China, but we must all be prepared for that if it should come to that," Harris said.

In this vein, he touted Australia as a "key ally of the United States" and "one of the keys to a rules-based international order" which he claimed China is allegedly seeking to undermine.

"I look to my Australian counterparts for their assistance, I admire their leadership in the battlefield and in the corridors of power in the world," according to Harris.

"They are a key ally of the United States and they have been with us in every major conflict since World War One," he emphasized.

Meanwhile, Chinese Ambassador to the United States Cui Tiankai has warned that "it is utterly paranoid to fear that China's pursuit of its own path of development will be confrontational to the US."

Earlier this month, the Chinese newspaper Global Times lashed out at Australia's stance on the South China Sea issue, accusing Canberra of "meddling" in the region, "kissing up to the US" and challenging China's maritime sovereignty and interests.

© REUTERS / U.S. Navy/Handout
US Think-Tank Declares China’s Advance in South China Sea a ‘Slow-Moving Crisis’
In a survey on its national interests and diplomacy released in November 2017, Canberra said that it was "particularly concerned by the unprecedented pace and scale of China's activities" in the South China Sea, which is disputed between numerous countries in the region.

Beijing has been upholding its claim on the area by building an array of artificial islands around the disputed Spratly Island chain. Last year, China reportedly constructed about 290,000 square meters (29 hectares) of facilities, including underground storage, administrative buildings and large radar installations.

Citing "freedom of navigation" pretexts, the US Navy continues to patrol remote areas in the face of Chinese protests.

In August 2017, a US destroyer passed within six nautical miles of Mischief Reef in the Spratly Islands, citing "freedom of navigation," prompting an angry reaction from the Chinese Foreign Ministry.