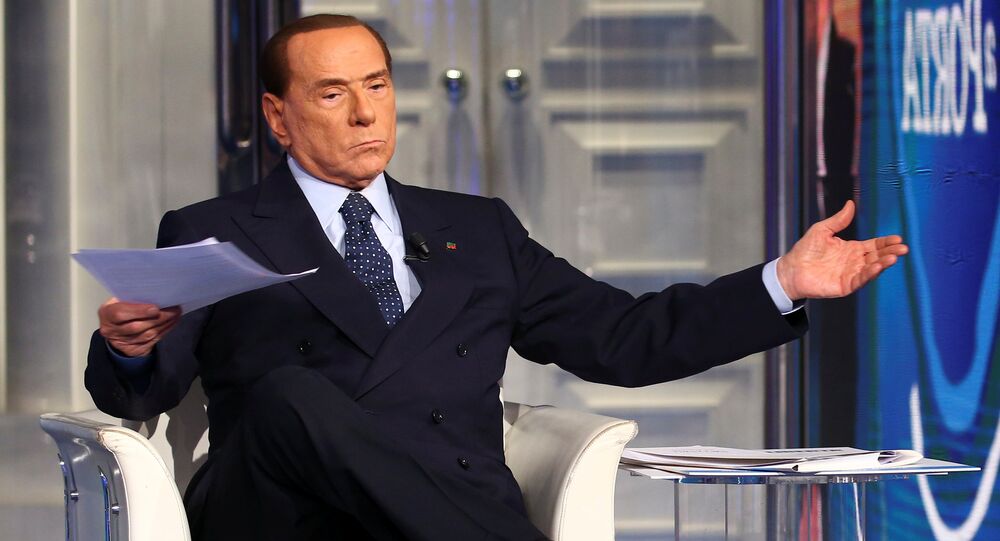 Despite most historians agreeing that the Cold War wrapped up between 1989 and 1991, former Italian Prime Minister Silvio Berlusconi has claimed that the event ended at a NATO summit near Rome in the early 2000s.

During a television talk show, former Italian Prime Minister Silvio Berlusconi described the Cold War, which lasted 50 years, as a "terrible anguish" which he said he wanted to halt when he was at the helm of the government in 2001.

"And I succeeded [in doing so] because here in Rome, at Pratica di Mare in 2002, I convinced [presidents] George Bush and Vladimir Putin, using all my talents of friendly relations, to end the Cold War," he said, in an apparent reference to a NATO summit near Rome which he hosted in May 2002.

READ MORE: Berlusconi Points Finger at '600,000 Migrants Having No Right to Stay'

According to the 81-year-old, the end of the Cold War saw the signing of a treaty between NATO and Russia which stipulated bolstering bilateral cooperation "in many sectors, starting from drug trafficking and arms trafficking."

Many historians share the standpoint that the Cold War ended between the Berlin Wall's demolition in 1989 and the collapse of the Soviet Union in 1991.

Berlusconi's remarks came ahead of the March 4 general elections in Italy, which may see a victory of his Forza Italia party which is currently allied with the pro-federalist Northern League and Brothers of Italy.