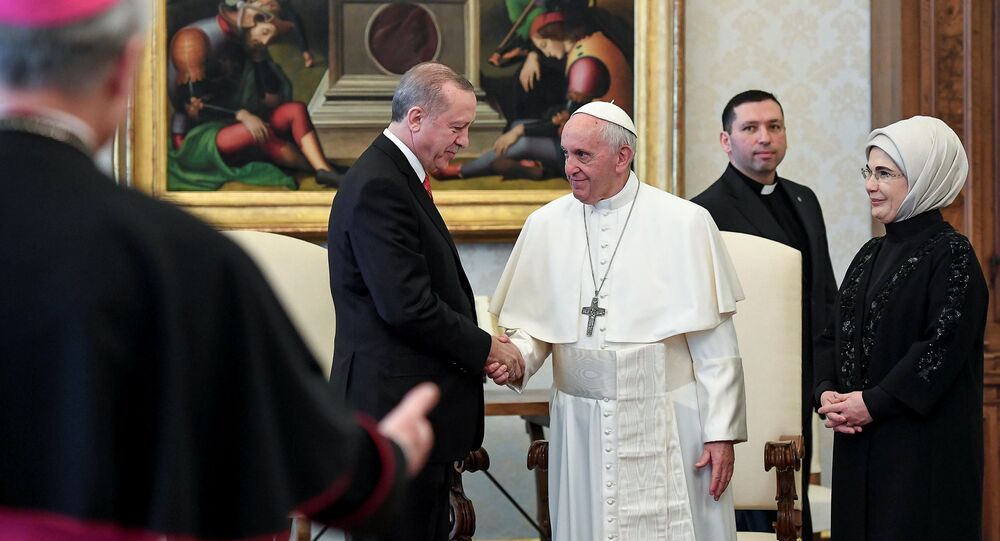 Prior to his visit, Erdogan said that "no country has the right to make unilateral steps and ignore the international law on the issue, concerning thousands of people."

© REUTERS / Mohammad Ponir Hossain
Twitter Reacts as Pope Supplicates for Two-State Solution in Israeli-Palestinian Conflict
The president continued by saying that the city's status should be protected by the UN resolution as it would let Muslims, Christians and Jews live in peace.

At the same time, Erdogan's visit to the Vatican provoked rallies in Rome that resulted in minor clashes with the police. The rally gathered some 150 people, including Italian Kurds and youth, who protested Ankara's policies and the country's operation in the Kurdish-dominated Afrin.

Last December, Trump announced his decision to recognize Jerusalem as the capital of Israel and instructed the US State Department to move the US embassy in Israel from Tel Aviv to Jerusalem, causing mass criticism across the world.

Since then, Erdogan has been a vocal opponent of Trump’s decision. Speaking at an emergency meeting of the Organization of Islamic Cooperation that was gathered later in the month, he promised to confront Washington’s move legally and threatened to cut ties with Tel Aviv.