Maj. Filippov will be posthumously conferred the Hero of Russia award, the Russian Defense Ministry Stated.

The pilot of the Su-25 bomber that had been shot down in Syria blew himself up after he was surrounded by terrorists, the Russian Defense Ministry said.

“Upon landing after having ejected in the vicinity of the village […] under the control of terrorists, Major Roman Filippov fought an unequal battle during the final minutes of his life using his standard issue weapons. After being surrounded by the terrorists, seriously wounded, the Russian officer blew himself up with a grenade when the distance to the militants diminished to just a few tens of meters." 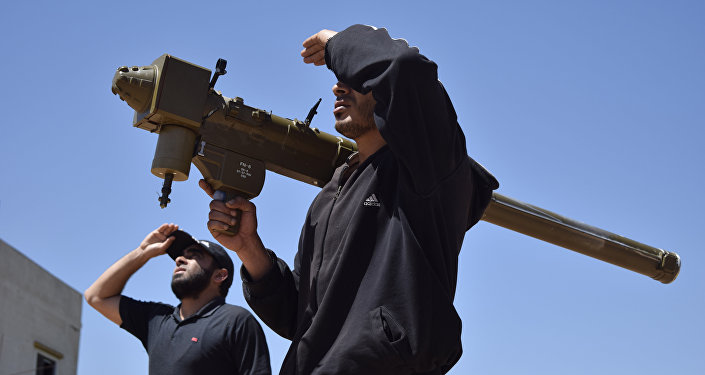 © AFP 2019 / MAHMOUD TAHA
Kremlin Deeply Worried That Terrorists Have MANPADS After Su-25 Downing in Syria
According to the Russian military, Maj. Filippov was trying to control the downed aircraft until the end and managed to report he had been attacked by a missile. "On February 3, while flying over the de-escalation zone in Idlib to monitor the ceasefire, the Russian Su-25 attack aircraft under the command of Major Roman Filipov was shot down by terrorists from MANPADS," the ministry repeated.


The Defense Ministry announced that Maj. Filippov would be posthumously awarded the Hero of Russia.

“Major Roman Filippov outstandingly conducted dozens of combat missions over Syria to destroy militants belonging to international terrorist groups and to escort humanitarian convoys of the Russian Center for the Reconciliation of Opposing Sides to settlements liberated from terrorists,” the ministry said. 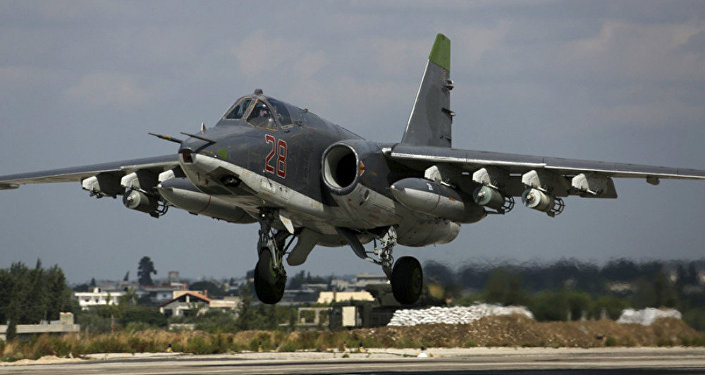 Russian Defense Ministry
Downed Su-25's Radar 'Unable' to Register MANPAD Attack – Military Expert
The Russian Defense Ministry reported on February 3 that the Su-25 had been downed by a MANPAD portable surface-to-air missile within an area controlled by Jabhat Fatah al-Sham (formerly Jabhat al-Nusra) in Idlib. The pilot managed to eject from the jet, but was killed during a fight on the ground with the terrorists.

The Tahrir al-Sham terrorist organization, which was linked to an offshoot of al-Qaeda, reportedly claimed responsibility for the deadly attack.

The Russian Defense Ministry stated that more than 30 militants of Jabhat Fatah al-Sham (formerly known as al-Nusra Front) had been killed as a result of the Russian forces’ high precision strike in the area from where the MANPAD projectile had been launched.

Commenting on the attack on a Russian aircraft, Kremlin spokesman Dmitry Peskov stated earlier in the day that Moscow had been extremely concerned that terrorists in Syria possessed MANPADS.