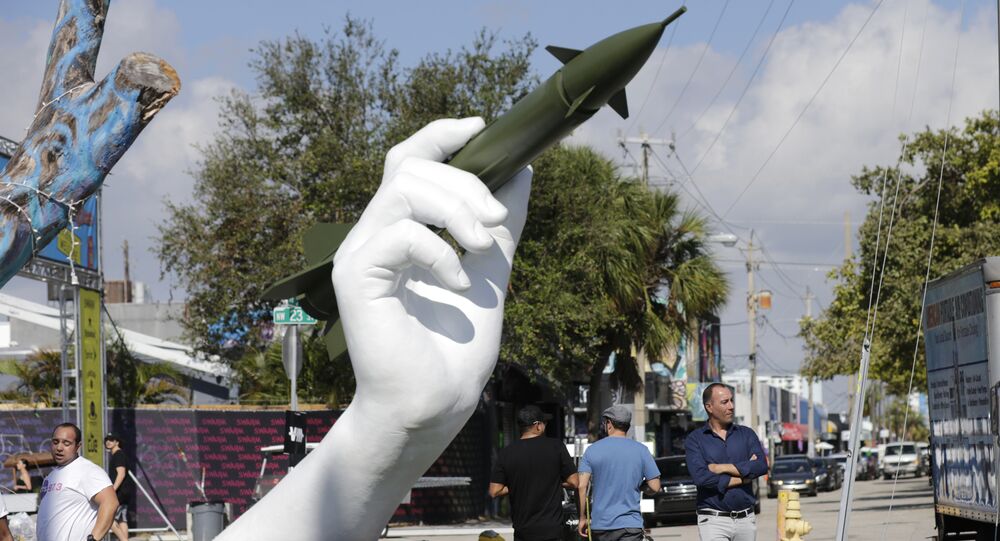 BEIJING (Sputnik) - The Chinese Defense Ministry expressed its objection on Sunday to the "absurd" assumptions made in the US Nuclear Posture Review about the country's plans to increase its nuclear weapons capability.

"The US Defense Department published the country's nuclear doctrine, which contained absurd assumptions on China's development plans, exaggerating the threat of the Chinese nuclear forces, we strongly oppose this," a statement, published on the ministry's official WeChat account, read.

The statement also stressed that "China firmly adheres to the peaceful path of development and defensive nature of state policy, strictly complies with its obligations to implement the principle of never and under no circumstances using nuclear weapons first, as well as of never using or threatening to use nuclear weapons against states without nuclear capacity and in nuclear-weapon-free zones."

The US nuclear doctrine, published on Friday, said that Russia and China have added new types of nuclear capabilities to their arsenals, engaging in "increasingly aggressive behavior, including in outer space and cyberspace."

The doctrine notes that these activities are not intended at being employed for nuclear warfare, however, they are aimed at raising the US nuclear threshold to ensure that the country's potential adversaries perceive no possible advantage in nuclear escalation.

Commenting on the US doctrine, Moscow called Washington's claims that Russia had refused to further decrease its nuclear capabilities a "blatant falsification."