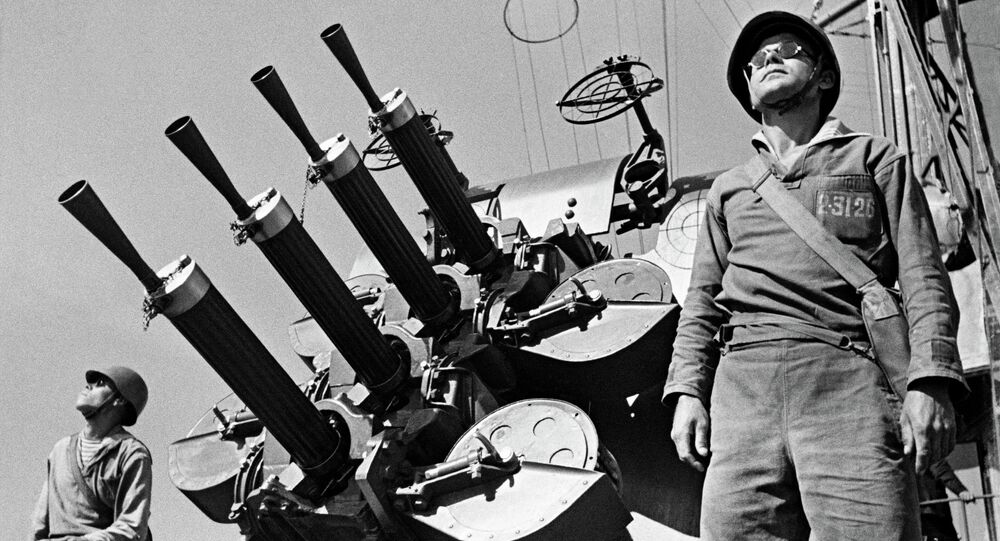 Ambassador: Russia Will Not Allow Heroic Alliance With US in WW2 to Be Forgotten

WASHINGTON (Sputnik) - Russia will not permit anyone to wipe out the great history of successful partnership with the United States during World War II, Russian Ambassador to US Anatoly Antonov said at an event commemorating the 75th anniversary of the Stalingrad Battle victory.

"Several attempts are being made to forget the heroic pages of the US-Russia alliance." Antonov said at the Russian Embassy on Friday. "We will not allow this to happen."

On February 2, Russian President Vladimir Putin visited Volgograd, formerly Stalingrad, to take part in celebrations of the anniversary of victory in one of the pivotal battles of World War II.

© Sputnik / Alexei Druzhinin
President Putin Tells the Story of How His Father Volunteered for WWII
Antonov recalled that Russia and the United States demonstrated unity in the fight against a common enemy in the Second World War, which was a key to defeating fascism.

The envoy stressed Russian government is committed to do everything possible to preserve the history for future generations, which is very important when the modern world is facing an imminent terrorism threat.

The ambassador noted that a number of US cities, including Seattle, New York, San Francisco, Houston, Chicago, actively participated in the international public action "Thank you, Stalingrad."

The Russian Ministry of Defense has created a special multimedia section on its website, which presents unique archival documents, including the recently declassified — the Central Archive of the Defense Ministry, reflecting the initial stage of the Battle of Stalingrad.

The Battle of Stalingrad, which lasted from July 17, 1942 to February 2, 1943, is regarded as one of the largest and bloodiest battles in the history of the World War II. It became a major turning point in the war and paved the way for the subsequent Soviet victory over the Nazis in May 1945.