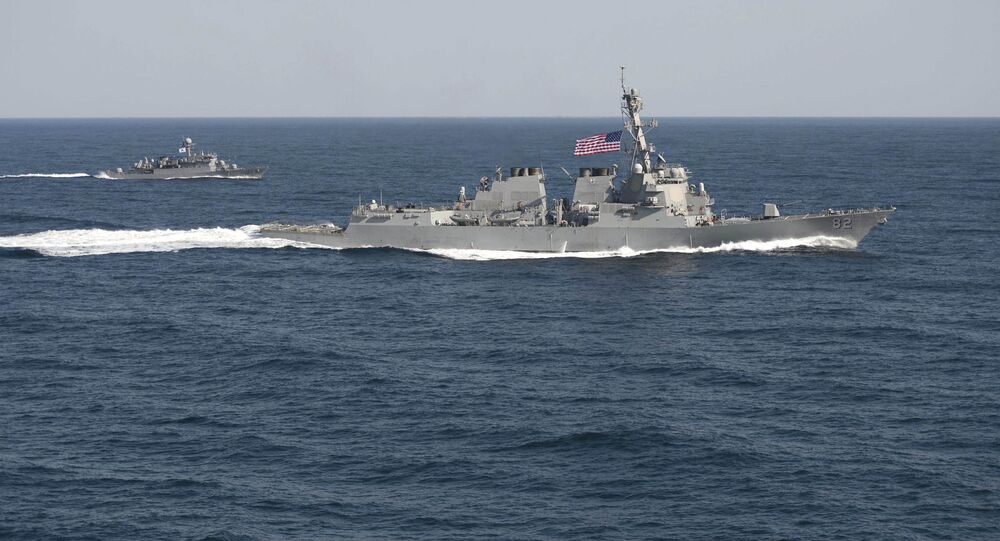 While the US and South Korea have decided to postpone military drills in the wake of the upcoming Winter Olympic Games, tensions on the peninsula show no signs of abating despite the joint efforts by Pyongyang and Seoul.

North Korean Foreign Minister Ri Yong-ho sent a letter to the UN Secretary General Antonio Guterres, complaining that the United States is trying to aggravate the situation on the Korean Peninsula, the North Korean embassy in Russia said in a statement obtained by RIA Novosti.

The letter notes that there's turning point on the Korean Peninsula, when the parties are "striving for peace and stability, reconciliation and the promotion of the nation to unite."

"But US rulers are misleading public opinion, alleging that the negotiations between the North and South are the result of their unprecedented sanctions and pressure. While the North and South […] are opening a page of peace, the United States is deploying strategic means, including strike joints of nuclear aircraft carriers around the Korean Peninsula, trying to deliberately exacerbate the situation," the letter reads.

The document notes that "the US publicly declares that it will accelerate aggressive large-scale joint military exercises against our Republic after the Winter Olympic Games."

"If, because of the intrigues of the United States, who is dragging the Korean Peninsula into a nuclear war and aggravates the situation, the atmosphere of improving inter-Korean relations and easing tensions will break through, then the US will in no case be able to get rid of responsibility for this."

The North Korean top diplomat called on the UN Security Council to welcome the process of improving inter-Korean relations and call on neighboring countries not to make obstacles, preventing such an improvement of ties.

© AP Photo / Andrew Harnik
US Marines Top Dog: US Conducting ‘Prudent’ Planning for War with North Korea
Previously, Pyongyang accused the US of bringing its strategic assets to and around the Korean Peninsula "under the pretext of the security of the Olympic games," and urged the US to completely stop, not just temporarily suspend, its joint military exercises with South Korea "and all other nuclear war drills."

This year, the joint annual war games scheduled for February have been suspended at South Korea's request due to the 2018 Winter Olympic Games.

However, the US sent one new amphibious assault ship, an extra aircraft carrier and a slew of bombers to the Indo-Pacific region in January.

The two Koreas agreed that their national teams will march together under a "unified Korea" flag at the opening ceremony for the 2018 Winter Olympics and form a joint women's ice hockey team. North Korean athletes will also compete in figure skating, short track and skiing.

Minister of Foreign Affairs of South Korea Kang Kyung-wha told Sputnik earlier that the unification of the female hockey teams of North and South Koreas for the upcoming Winter Olympics opens up an opportunity for peaceful settlement, and South Korea wants to make use of it.