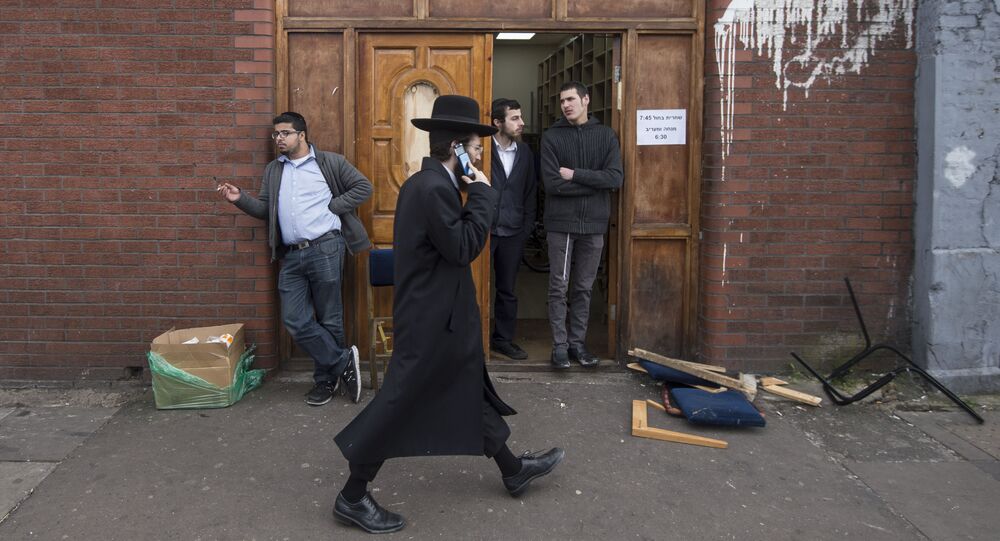 The anti-Semitism debate has been going on among British Labourists for the past couple of years, just one example being a vocal protest against the suspension of the Tel-Aviv-born socialist Moshé Machover from Labour shortly after he wrote a piece on anti-Zionism. Although he was later re-admitted, the debate moved on.

The Community Security Trust (CST) pointed to a general rise of anti-Semitic incidents in today’s Britain, saying the reason for this in part lies in a more meticulous recording and broader publicity of the alleged anti-Jewish sentiment in the opposition Labor party.

The CST has cited a three percent rise in the number of anti-Semitic assaults nationwide to a total of 1,382 in 2017, as compared to the previous year, which makes it the highest annual number since the CST launched its survey in 1984.

Separately, the CST report has shown a decrease in the number of incidents involving social media, suggesting that this might be due to more prompt action taken by tech firms and law enforcement to tackle online hate speech and deal with persistent offenders.

The Trust, which stands by Britain's estimated 270,000 Jews, stated there might have been significant underreporting of Anti-Semitic criminal rates in the past years, although victims are cited to be more aware of the importance of recording incidents.

"We have the support of government and police but prosecutions need to be more visible and frequent; while too many others act in ways that encourage anti-Semites and isolate Jews," said David Delew, chief executive of the CST.

The charity said spikes in hate crime in the wake of the 2016 referendum to exit the European Union and controversies around the Labour party, which hasn't yet eradicated anti-Semitic sentiment out of its ranks, might have emboldened anti-Semitic offenders.

The issue of anti-Semitism issue has gained momentum among Labourists since socialist Jeremy Corbyn took on leadership, with Britain’s Chief Rabbi Ephraim Mirvis saying the opposition party has so far showed little progress in tackling the problem.

READ MORE: If You Get Jammed Up, Don't Mention Hitler's Name

Rare Hitler Mercedes Limo to Be Auctioned in US

If You Get Jammed Up, Don't Mention Hitler's Name