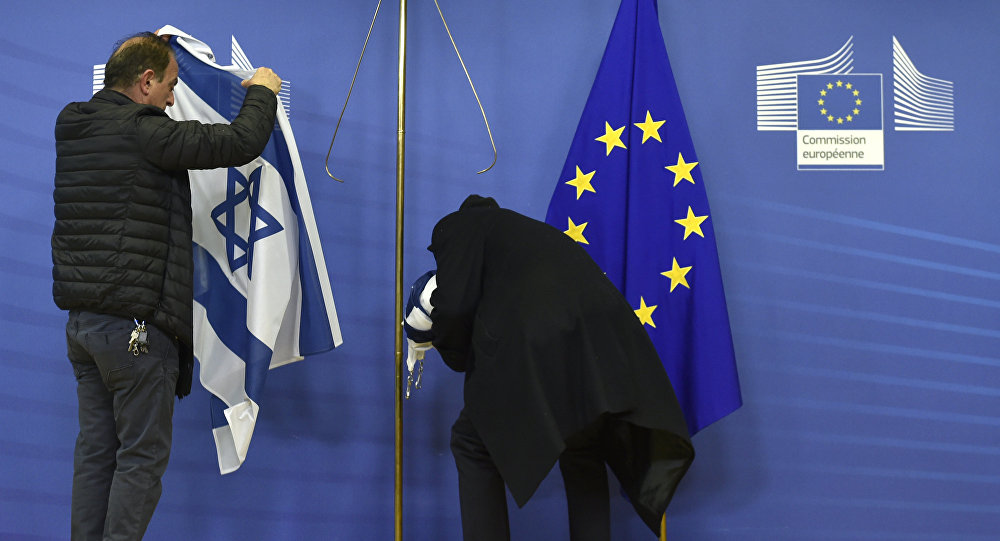 German Foreign Minister Sigmar Gabriel has met Israel's Prime Minister Benjamin Netanyahu in Jerusalem to discuss a number of pressing issues, including the future of the Israeli-Palestinian peace talks.

Foreign Minister Sigmar Gabriel of Germany has stated that several members of the Israeli cabinet were "explicitly against the two-state solution" to the Israeli-Palestinian conflict.

"These – at best mixed – signals do not go unnoticed in Europe, where there is clearly growing frustration with Israel's actions," he said.

Gabriel also pointed to his own Social Democratic Party, where some remain at odds over what they describe as an "unfair" treatment of the Palestinians.

"It is increasingly difficult for people like me to explain to them the reasons why our support for Israel must persist," Gabriel said, referring to the ongoing Israel settlement construction in occupies territories in the West Bank which continues to spark violence in the area.

According to him, Germany cannot wait to see the day "when it will be able to move its embassy in Israel to Jerusalem."

"But let me add: in two states with Jerusalem as their capital. There is no shortcut here," he underscored.

© AFP 2019 / EMMANUEL DUNAND
EU Foreign Affairs Head Meets President Abbas, Argues for Two-State Solution
Gabriel made the remarks during a press conference after his negotiations with Israeli Prime Minister Benjamin Netanyahu in Jerusalem on Wednesday. Apart from the two-state solution, the two discussed a spate of other pressing issues, including the one related to the Iran nuclear deal.

The two-state solution to the Israeli–Palestinian conflict stipulates the existence of an independent State of Palestine with the capital of East Jerusalem, alongside the State of Israel, west of the Jordan River. Israel perceives Jerusalem as its eternal and indivisible capital.

The EU has repeatedly called for the two-state solution as many EU members, including Germany, remain concerned over US President Donald Trump's recognition of Jerusalem as Israel's capital and the relocation of the US Embassy there.