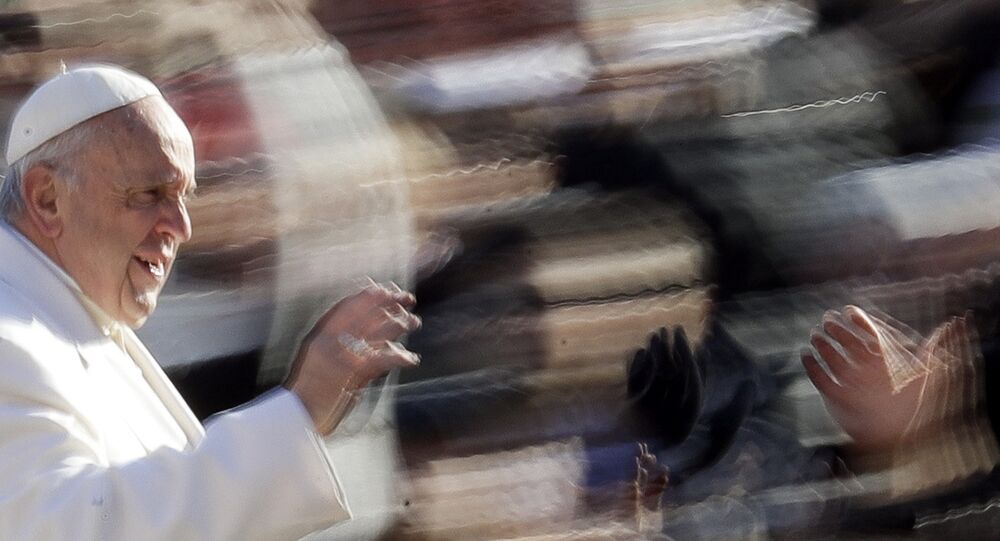 By unmasking the “snake-tactics” of false news sources, the Pope called on humanity to counter the “biased and baseless ideas” hidden behind “digital profiles.”

© AP Photo / David Mariuz
Antidote to Fake News? 17-hour Aussie Slow-TV Train Ride Sets Viewing Records
Calling on news consumers to step aside from online echo-chamber opinion mongering, Pope Francis stepped into the fake news debate by equating the hissings of the fabled snake in the Garden of Eden to the current state of media credibility — or lack thereof — even quoting Russian novelist Dostoevsky in the process.

"We need to unmask what could be called the snake-tactics used by those who disguise themselves in order to strike at any time and place," the popular Argentinian-born Pope wrote for the Catholic Church's upcoming World Day of Social Communications, taking place later this spring.

In suggesting that it used a "crafty" false news campaign to convince Eve to eat one of the shiny apples hanging from the Christian bible's so-called tree of knowledge, the snake received the dubious honor of being the first to commit "the tragic history of human sin," according to the 81-year-old pontiff, cited by Nytimes.com.

The Pope also noted that social networks are the primary delivery systems for fake news, and urged companies like Facebook and Twitter to do more to combat the impact of the issue brought about by widespread internet accessibility.

"Untrue stories can spread so quickly that even authoritative denials fail to contain the damage," he wrote, asserting that social media users who spend most of their time online often permit a false narrative to flourish, turning those who use social media networks into "unwilling accomplices in spreading biased and baseless ideas."

"Fake news often goes viral," he added, "spreading so fast that it is hard to stop, not because of the sense of sharing that inspires the social media, but because it appeals to the insatiable greed so easily aroused in human beings."

The Pontiff appealed for accuracy and credibility in reporting, commenting that, "Informing others means forming others; it means being in touch with people's lives. That is why ensuring the accuracy of sources and protecting communication are real means of promoting goodness, generating trust, and opening the way to communion and peace."

The Pope made his case for media authenticity by quoting "The Brothers Karamazov," by preeminent Russian novelist, Fyodor Dostoevsky.

"People who lie to themselves and listen to their own lie come to such a pass that they cannot distinguish the truth within them, or around them, and so lose all respect for themselves and for others."