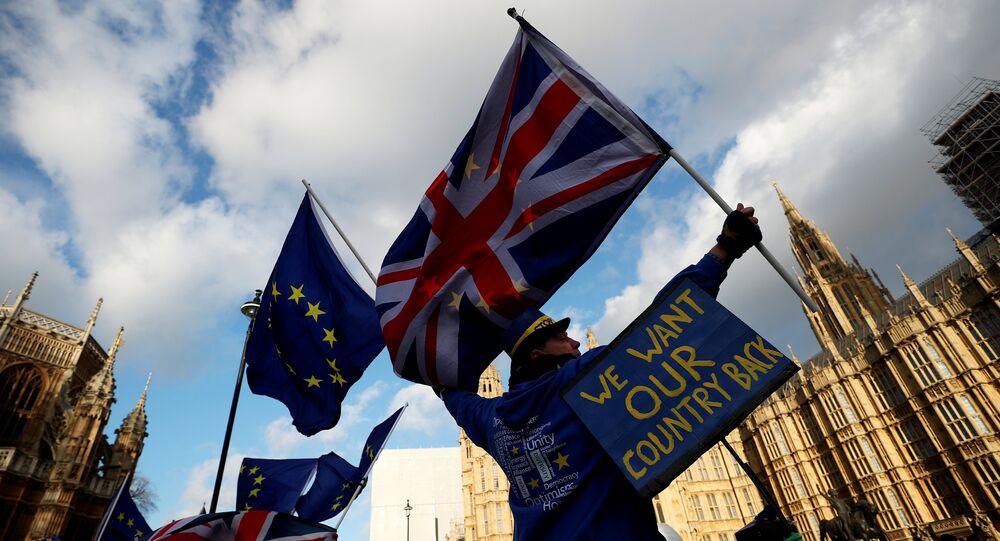 DAVOS (Sputnik) – The United States will be ready to negotiate a post-Brexit trade deal with the United Kingdom as soon as London is ready, US Secretary of the Treasury Steven Mnuchin said on Thursday.

"We have a very special economic relations, and we expect it to continue. As soon as the UK is ready we will be prepared to negotiate on a trade deal," Mnuchin told reporters on the sidelines of the World Economic Forum in Davos when asked about the future of the US-UK trade relations after Brexit.

US Treasury Secretary Steven Mnuchin says US fully supportive of UK over the “Brexit issue”. “We want to see a successful transition.” #WEF18