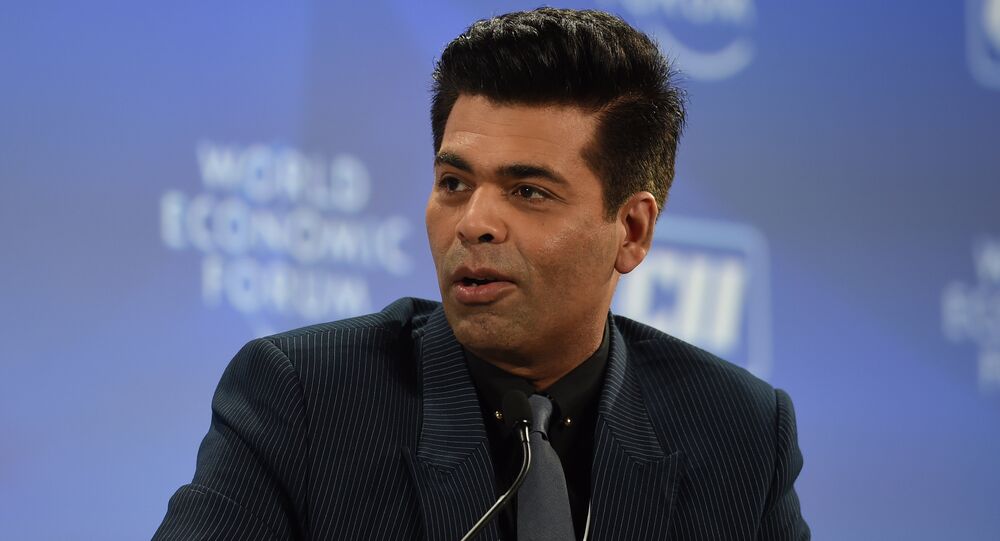 DAVOS (Sputnik) - Renowned Indian film director Karan Johar told Sputnik on Tuesday that he would like to come to Russia to shoot movies and looks forward to any type of collaboration in this area.

"I'd love to. I'd love to have a kind of a collaboration of Russia and India. As you know, Russian audience has always been given Indians so much love, like with [Indian film actor] Raj Kapur. And it would be wonderful to come to Russia, shoot in Russia. And I look forward to any kind of collaboration and facility offered for our cinema, so we can come to Russia and do some great work," Johar said on the sidelines of the World Economic Forum in Davos.

"Good story will work anyway in any language, and I look forward to the possibility of something like this," he said, when asked whether he wanted to shoot something about the Russian president, adding that he would like to collaborate with Russian colleagues.

The film director added that he would like to use Russian classics for inspiration while screenwriting.

Johar is one of the most successful film directors and producers in India. He heads Mumbai-based Dharma Productions.

© REUTERS / Arnd Wiegmann
Who Pays for It and Will Trump Make It? 7 Things to Know About Davos
The 48th World Economic Forum (WEF) is being held in Davos from January 23 to January 26. Davos is expected to unite politicians — including state leaders — business chiefs, heads of international organizations, bankers and celebrities under the slogan "Creating a Shared Future in a Fractured World." According to the WEF organizers, over 3,000 participants from more than 110 countries are coming, with more than 70 heads of state to take part.
...
Reddit
Google+
Blogger
Pinterest
StumbleUpon
Telegram
WhatsApp
0 0
Tags:
Bollywood, Russia
Community standardsDiscussion