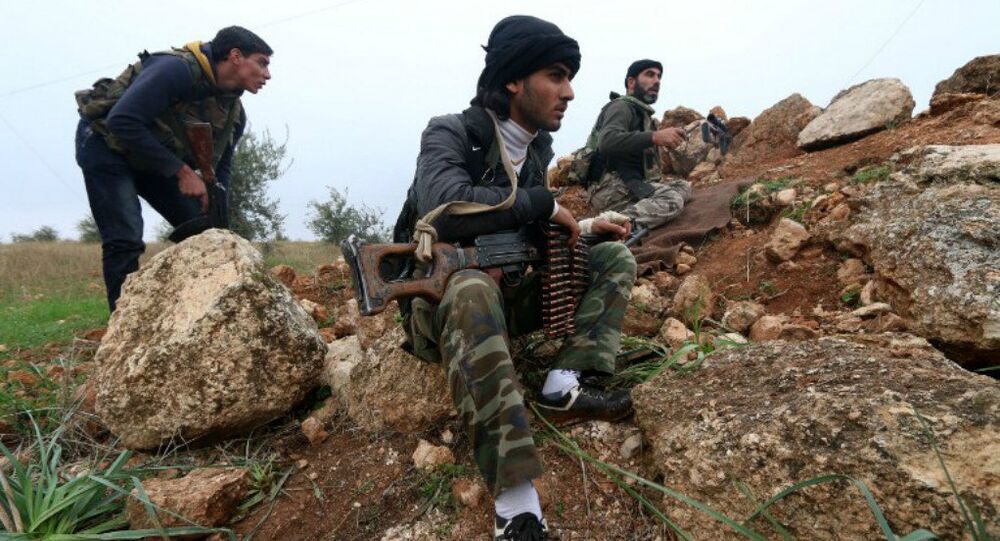 The recruiting campaign reportedly started last summer. Since that time, efforts by al-Qaeda to recruit new fighters have been reported in a number of countries in North Africa and the Middle East.

Al-Qaeda has been running a campaign to win over fighters and resources from Daesh which has sustained heavy losses in Syria and Iraq and is increasingly losing influence, The Guardian reported.

"It’s early days as yet but it’s pretty clear that an IS [Islamic State/Daesh] with less territory, prestige and cash will find it harder to attract recruits and pull together resources for major operations… If the people who gain from that are al-Qaeda, I don’t think anyone would describe that as an ideal outcome," a Western official source told the newspaper on the condition of anonymity.

The campaign reportedly started last summer, before Daesh forces lost their final strongholds. One part of the campaign was launched by al-Qaeda in Algeria in August 2017 and a second was started in Syria in September.

© AP Photo / Hani Mohammed
Al-Qaeda Propaganda Chief Reportedly Killed in US Airstrike in Yemen
The newspaper also claimed that similar efforts by the terrorist group have been reported in the Sahel region in North Africa and in Yemen.

According to The Guardian, such reports are now being investigated by Western security officials.

Security officials say that it is hard to predict the impact of Daesh’s decline on the terrorist threat in Western countries since Daesh continues to inspire attacks and may be still organizing terrorist activities in the United States and Europe.

At the same time, security officials also suggest that the fact that al-Qaeda has not organized attacks in the West for some time indicates its strategic choice rather than a weakness of the terrorist group.

On December 9, Iraq's Prime Minister Haider al-Abadi  announced the final victory over Daesh in the country following a years-long operation against the terrorist group. The victory was declared after Iraqi forces had gained complete control over the border with Syria. On December 10, the Iraqi military held a parade in Baghdad to celebrate the victory.

Earlier in December, the Russian Defense Ministry reported a complete victory over Daesh terrorists in the east and west banks of the Euphrates in Syria.

The overwhelming defeat of the terrorist group in Syria followed the liberation of the last major Daesh stronghold in the country, the town of Abu Kamal by government forces. Abu Kamal’s liberation had been prepared by the coordinated actions of the Syrian Army and its allies with the support of Russian airstrikes.