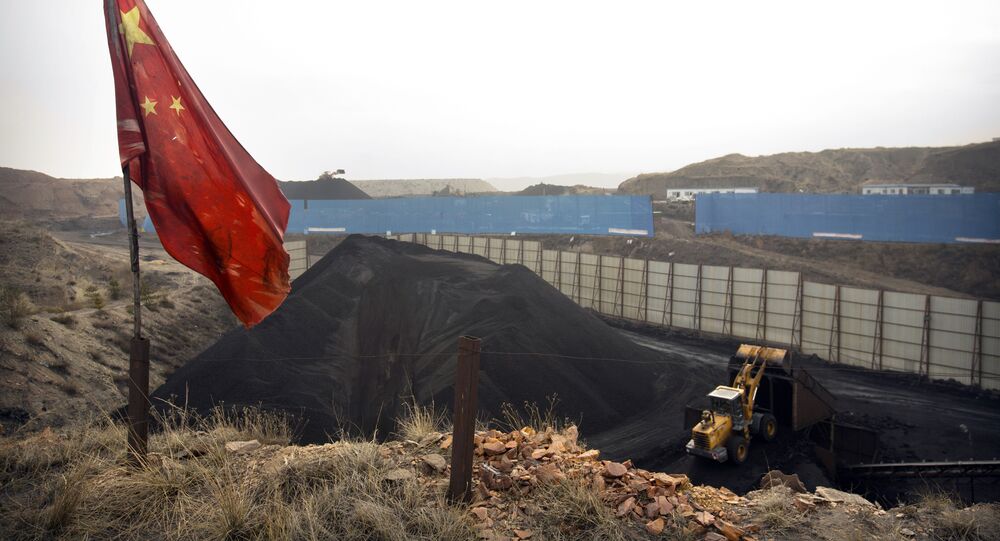 The document, seen by the outlet, contains satellite images and names of Chinese ships as well as their routes. These vessels either entered North Korean ports or made ship-to-ship transfers at open sea.

The Chinese vessels went so far as to make certain maneuvers in order to disguise their violations of anti-Pyongyang sanctions, the publication said Thursday.

The US intelligence further revealed that the Chinese-owned bulk carrier Glory Hope 1 allegedly entered North Korean ports to pick up a coal shipment in August 2017, thereby violating the United Nation's complete ban on coal exports from the country.

Earlier this month, China's Ministry of Commerce said that it would curb exports of oil and will completely stop exporting metals, industrial equipment, as well as transportation means to North Korea in line with UNSC resolution 2397 adopted last year.

The announcement was made amid reports claiming that China was allegedly violating the resolution by exporting banned goods to the North. According to South Korean newspaper Chosun Ilbo's December report, quoting an anonymous "government source," US spy satellites had detected Chinese vessels allegedly transferring oil to North Korean ships on nearly 30 occasions over the last three months.

The report, however, was refuted by China's foreign ministry spokesperson Hua Chunying, who stated that Beijing had no information on this issue, emphasizing that the country "completely and strictly" implements UN sanctions.

The latest UN sanctions were introduced last month in response to North Korea's recent missile launch, limiting North Korea's oil dealings to 4 billion barrels per year and making oil product exporters working with the country to report on their deliveries to the UN Security Council.

Following the adoption of the UNSC resolution on North Korea, China called on all the parties concerned to show restraint and undertake joint efforts in order to de-escalate tensions on the Peninsula.