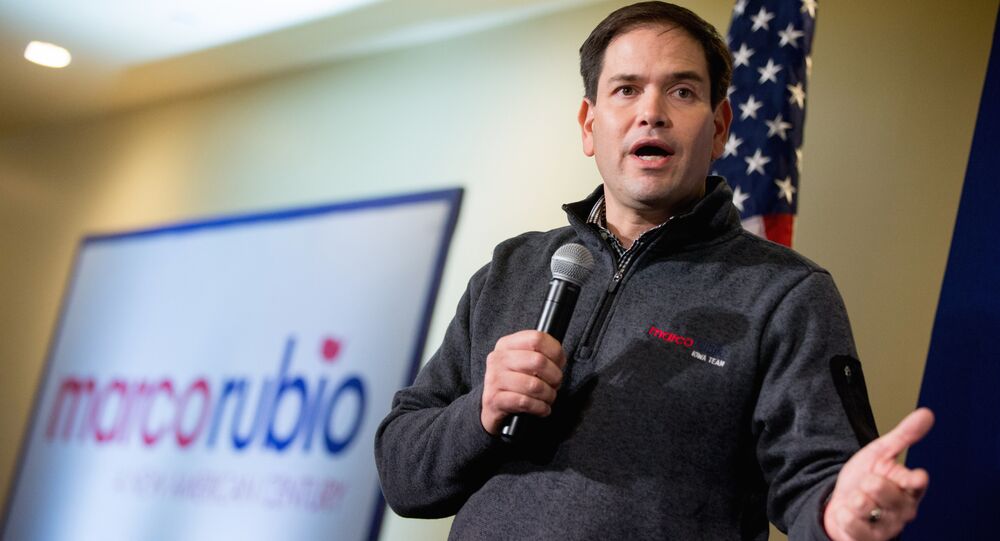 MOSCOW (Sputnik) – Several US senators have called on the US Department of Justice to explain why Beijing-controlled media outlets operating in the United States has not been asked to register as "foreign agents," unlike Russia's RT and Sputnik broadcasters, according to the open letter on the website of Republican Senator Marco Rubio.

"Similar to Russia’s state-controlled RT and Sputnik news services, the People’s Republic of China controls several media organizations that disseminate news and propaganda domestically and internationally… If the Department assesses that the [Chinese] media organizations do not incur reporting requirements under FARA similar to those of U.S.-based affiliates of RT and Sputnik, please state why," the letter, published on Tuesday, said.

Senators, led by Rubio and Democrat Patrick Leahy, suggested that "a sensible step for the United States government to take is appropriately enforcing existing laws, such as FARA, designed to protect against just such concerns."

A number of companies affiliated with RT and Sputnik, and working in the United States were asked to register under the Foreign Agents Registration Act (FARA) last year or warned about such possibility. RT America had to register under FARA in November and lost its Congress accreditation as a result.

© CC BY 2.0 / Pawel Maryanov / Troll matryoshka
RT & Sputnik the Cause of All the West's Problems You Say? Russian Embassy Trolls BBC Journalist
At the same time, RIA Global LLC, an international news agency that is Sputnik Radio's partner in the United States, was asked to register, while US company Multicultural Radio Broadcasting Inc. (MRBI), which broadcasts Sputnik Radio programs on AM frequencies, received a notice from the DOJ about the possibility of registering and was asked for supplementary information. Yet another company linked to Sputnik, a US radio station owned by Reston Translator, a company that rebroadcasts Sputnik Radio programs, has already registered.

Several other foreign state media outlets, such as the United Kingdom’s BBC, Germany’s Deutsche Welle and others, have not been asked to register yet.

The US government and lawmakers largely believe that RT and Sputnik receive directions from the Kremlin. However, Margarita Simonyan, the editor-in-chief of both media companies, responded to the propaganda allegations back in October, pointing out that RT simply had a point of view different from the mainstream one in the United States.

Russian President Vladimir Putin has said that the actions of the US side regarding RT and Sputnik raised questions about freedom of information in the United States.