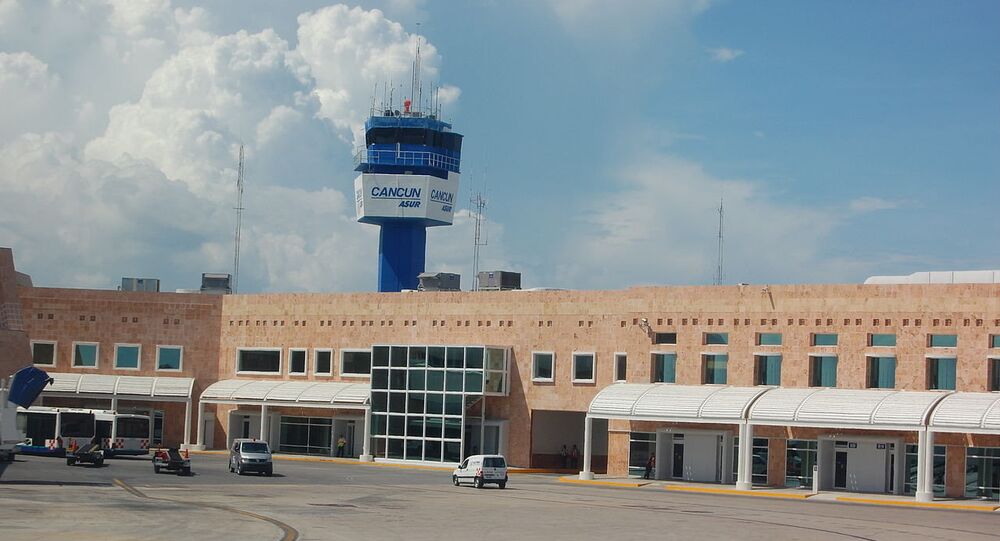 MOSCOW (Sputnik) – The Rossiya airline, whose aircraft has been banned from taking off from the airport in Cancun, does not owe any money for the additional parking time at the airport caused by the flight delay that was requested by migration authorities who sought the deportation of several passengers, the company’s representative told Sputnik.

Earlier in the day, Armina Wolpert, the honorary consul of Russia in the Mexican state of Quintana Roo, told Sputnik that about 500 Russian tourists could not leave Mexico because of the Rossiya airline's alleged debt to Cancun airport. According to the honorary consul, the passengers have asked both the consulate and the embassy for assistance.

"The Rossiya airline has no debt to the Cancun Airport over parking or any other payments," the airline’s representative said.

READ MORE: Mexico Has No Evidence of Foreign Meddling in Election Process

The FV5882 flight had to depart from Cancun at 15:10 GMT on Tuesday but it was delayed at the request of the Mexican migration authorities.

"However, at the unexpected request of the Mexican migration body, four Armenian citizens on board of the ‘Rossiya’ plane had to be deported. Because of that, the airport gave no permit for takeoff," the representative said.

The permit was not given until 21:25 GMT, after which point the pilots’ working hours came to an end and the flight was rescheduled for Wednesday, as per Russian law.

According to the company, the permit now can be issued no sooner than 17:00 GMT, when the Mexican authorities’ working day begins.

Executive Director of the Association of Russian Tour Operators Maya Lomidze told Sputnik that the tourists were being accommodated in nearby hotels.