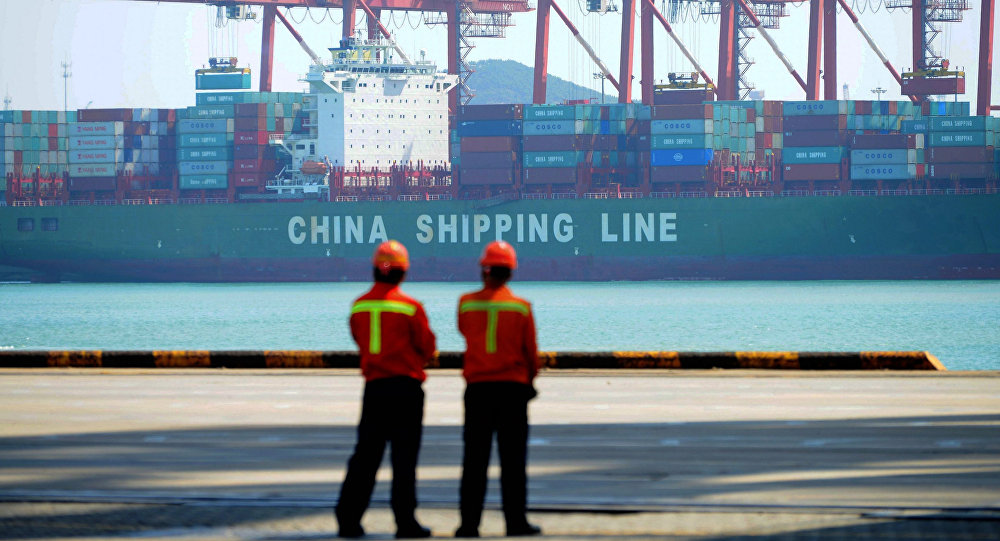 WASHINGTON (Sputnik) - The US and 16 other members of the Proliferation Security Initiative (PSI) Operational Experts Group have pledged to intercept ships heading to North Korea as called for in a newly adopted United Nations Security Council sanctions and have called on all UN member states to do the same, a joint statement said on Friday.

At the same time, according to the White House, President Donald Trump's administration is pleased with China's decision to sharply reduce trade with North Korea and believes the move will support the US-led effort to ratchet up pressure on Pyongyang.

"The Donald J. Trump Administration is pleased that China is sharply reducing its trade with North Korea. This action supports the United States-led global effort to apply maximum pressure until the North Korean regime ends its illicit programs, changes its behavior, and moves toward denuclearization of the Korean peninsula," the statement said.

Earlier this month, China reported that it would curb exports of oil and would completely stop exporting metals, industrial equipment, as well as transportation means to North Korea in line with UNSC resolution 2397.

The report came, after the December statistics that showed that China exported no oil, gasoline, jet fuel and diesel to North Korea in November and imported no iron ore, coal or lead from the country.

Following the adoption of the UNSC resolution on North Korea, China called on all the parties involved to show restraint and undertake joint efforts in order to de-escalate tensions on the peninsula.

Pyongyang reacted to the sanctions by saying that it considered them "an act of war," adding that the Asian nation would not give up its plan to have a nuclear deterrent.

Intra-Korean Talks May Only Defuse Tensions, Solution Depends on US - Analysts